Instead of being a counter-cultural community, the evangelical Christian community, of which I am a part, is taking its cues from the prevailing culture.  As we do, we are always a step behind the culture so we look like we are hurrying to catch up.

For example, much of the culture has recognized the inadequacy of the modernism which arose from the Enlightenment and has moved beyond its sterile secularism to the nebulous and narcissistic “spirituality” of post-modernism.  The church, however, is showing signs that it has fallen under the influence of the very secularism which the prevailing culture has rejected.

Sixteen years ago, a group calling itself the Alliance of Confessing Evangelicals published something called “The Cambridge Declaration,” in which they fairly and accurately assessed the state of contemporary evangelical Christianity.  In it they wrote:

As evangelical faith becomes secularized, its interests have been blurred with those of the culture.  The result is a loss of absolute values, permissive individualism, and a substitution of wholeness for holiness, recovery for repentance, intuition for truth, feeling for belief, chance for providence, and immediate gratification for enduring hope.  Christ and His cross have moved from the center of our vision.

What is required of us is faithfulness in word and deed, at whatever the cost; faithfulness in action for truth, for justice, for mercy, for compassion; faithfulness in speaking the name of Jesus when the time is right, bearing witness, by explicit word as occasion rises, to God Whose we are and Whom we serve.  There are situations where the word is easy and the deed is costly; there are situations where the deed is easy and the word is costly.  Whether in word or in deed, what is required in every situation is that we be faithful to Him who said to His disciples: “As the Father sent me, so I send you,” and showed them His hands and His side.

The contemporary evangelical church in America has sold out to the prevailing “spirit of the age”—consumerism.  Doesn’t anyone see the irony in multi-million dollar church campuses—complete with health clubs, coffee shops, and state-of-the-art media technology—led by highly paid staffs of specialists whose training and experience is more likely to be from the world of business than from a theological seminary—all supposedly involved in service to the One Who said, “Take up your cross and follow me.”

Brothers and sisters, we are doing the right thing but in a decidedly wrong way.

Henri Nouwen, in a book titled In the Name of Jesus: Reflections on Christian Leadership, reminds us: 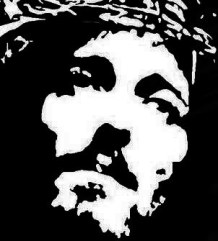 workers.  They will think of themselves as enablers, facilitators, role models, father or mother figures, big brothers or big sisters, and so on, and thus join the countless men and women who make a living by trying to help their fellow human beings to cope with the stresses and strains of everyday living.

But that has little to do with Christian leadership because the Christian leader thinks, speaks, and acts in the name of Jesus who came to free humanity from the power of death and open the way to eternal life.  To be such a leader it is essential to be able to discern from moment to moment how God acts in human history and how personal, communal, national, and international events that occur during our lives can make us more and more sensitive to the ways in which we are led to the cross and through the cross to the resurrection.

It used to be that pastors were called to service on the basis of their knowledge of scripture, their spiritual insight, and their personal holiness of character.  Today a pastor needs to be a motivator more than a mentor, a psychologist more than a prophet, more familiar with technology than with theology.

In his book, The Technological Society, Jacques Ellul has written…

In our technological society, technique is the totality of methods rationally arrived at and having absolute efficiency (for a given stage of development) in every field of human activity. … The machine has made itself master of the heart and brain both of the average man and of the mob.  What excites the crowd?  Performance—whether performance in sports or economic performance, in reality these are the same thing.  Technique is the instrument of performance.  What is important is to go higher and faster; the object of the performance means little.  The act is sufficient unto itself.  Modern man can think only in figures, and the higher the figures, the greater the satisfaction.