I tend to procrastinate; it’s in my nature. I’ve convinced myself that I do my best work under the pressure of a deadline. Since I’ve hardly ever completed an assignment apart from that kind of pressure, and since I have, on occasion, produced some pretty good work, I have perpetuated that perception in my own mind.

In my defense, I don’t think I am lazy. Mainly, especially when it comes to jobs I either enjoy or at least don’t mind doing, the problem is that I simply underestimate the time required to do the work, so I start later than I should and find myself rushing to finish on time. That problem increases exponentially, however, when the task facing me is one I really didn’t want to do in the first place. In that case, my procrastination tendency reaches crisis proportions.

Please understand, I don’t fritter away my time watching soap operas and eating bonbons. I find all sorts of substantive but far-less-urgent activities to occupy my time and attention so that I don’t have to get started on the job I’d really rather not undertake. I might cook or organize my desk or plan yet another trip I’ll not likely take when I have to admit I can’t afford to travel. This morning, for example, I made a totally unnecessary but staggeringly delicious coffee cake for breakfast. Yesterday, I planned a trip to Acadia National Park in Maine.

There are many good reasons for contemplating a trip to Acadia in April or May. Winter is past, but the summer crowds have not yet arrived. I have put visiting every state and every National Park on my bucket list. I’ve been to every state east of the Mississippi except Maine and Rhode Island. I could knock them both out on a trip to Acadia. It has been nearly four years since I have been away from my home or office except for a funeral, a birthday celebration for my ninety-year-old father and a speaking engagement at my alma mater. I would love to take a little vacation (although I prefer the British expression, “to go on holiday”). Even more than a holiday, I would like to undertake a more intentional retreat for the purpose of mental and spiritual and emotional renewal. Nothing accomplishes that, for me, like a pilgrimage to the ocean, and Acadia is on Maine’s Atlantic coast. And on and on. If I go, and I doubt I will for the reason I noted above, I’ll be sure to post pictures on my Facebook, ostensibly for education purposes but really just to make you jealous. 🙂

And now, I must at last turn my attention to the real purpose of this blog post—a brief review of Diana Butler Bass’s book, Grounded: Finding God in the World—A Spiritual Revolution. (See what I did there? I took the occasion to admit my procrastination tendencies as a way to procrastinate even longer.)

I don’t know why I’ve had such a difficult time writing about this book. I’ve wanted to read it since it came out in 2015, so including it among the fourteen titles to read and write about during Lent this year seemed like a no-brainer. Nevertheless, unlike the other books I’ve read as part of this project, all of which I could hardly wait to tell you about after I finished them, this one did not thrust me forth from my favorite reading chair to my computer keyboard with enthusiasm.

I finished the book three days ago. It is a really good book, elegantly written in Bass’s typically engaging style. I’ve read a number of her books since I found her pretty much by happy accident nearly a decade ago. My appreciation for her gift as a writer as well as for her perspective as a historian who is also a Christian has grown with each book. 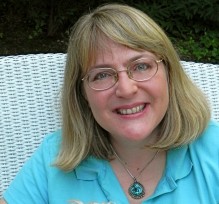 Heretofore, I’d come to think of her as an optimistic apologist for Progressive Christianity, highlighting the strengths and benefits of that perspective, particularly as a corrective or counterbalance to conservative Evangelicalism. She has been one of very few writers (Marcus Borg and Brian McLaren come to mind) who have given me hope for a spiritually revitalized mainline Christianity in the United States.

She is still optimistic, but her ardor for the mainline—specifically its institutions and bureaucratic structure—has cooled. Given the hopeful tone of her earlier work, I was surprised to read, at the outset of this one, words like these.

For my entire life, I have been a practicing Christian. I even once wrote a book that opened with the line, “I am a churchgoer.” I still go to church. To be honest, however, my attendance is much more sporadic than it once was. …

Church has become a spiritual, even a theological struggle for me. I have found it difficult to sing hymns that celebrate a hierarchical heavenly realm, to recite creeds that feel disconnected from life, to pray liturgies that emphasize salvation through blood, to listen to sermons that preach an exclusive way to God, to participate in sacraments that exclude others, and to find myself confined to a hard pew in a building with no windows to the world outside. This has not happened because I am angry at the church or God. Rather, it has happened because I was moving around in the world and began to realize how beautifully God was everywhere: in nature and in my neighborhood, in considering the stars and by seeking my roots. It took me five decades to figure it out, but I finally understood. The church is not the only sacred space; the world is profoundly sacred as well. And thus I fell into a gap—the theological ravine between a church still proclaiming conventional theism with its three-tiered universe and the spiritual revolution of God-with-us.

People like me? We are not lazy, self-centered, or individualistic church shoppers. We are heartbroken. Heartbroken by the fact that the faith traditions that raised us and that we love seem to be sleeping through the revolution. …

She then brings her introductory chapter to a close by anticipating what she hopes to accomplish in this book.

Because this book is about the world, it cites news, trends, data, literature, and pop culture to understand changes in faith and practice. Because it is about God, it also cites great spiritual texts, ancient traditions, and wise teachers to explore the meaning of a life of faith. Sometimes the voice is that of a sociologist or journalist. In other cases, however, the voice is more like that of a preacher or theologian. Grounded observes and reports a radical change in the way many people understand God and how they practice faith; at the same time, it provides greater clarity about these changes, so that people walking this path may do so with more confidence and certainty. It both explains and encourages.

I know about these changes because, like so many others, I am living them. …And this revolution rests upon a single insight: God is the ground, the grounding, that which grounds us. We experience this when we understand that soil is holy, water gives life, the sky opens the imagination, our roots matter, home is a divine place, and our lives are linked with our neighbors’ and with those around the globe. This world, not heaven, is the sacred stage of our times.

I know exactly what she means. I feel the same way. My perception of God has changed profoundly in the last decade, especially in the last three or four years. I have experienced a genuine spiritual renewal, but it has not involved the institutional church or organized religion to a great degree. And that has stirred up no end of confusion in 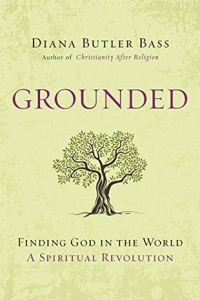 the minds of many people who have followed my pilgrimage, hoping against hope that my sojourn would finally end with the knowledge that, after wandering around in the desert for a few years, home was really where I started from originally.

That, however, has not happened. My search for truth and reality and authenticity has led me on a path divergent from the one I followed for most of my life. The more I read and study and think about these things, the more confident I am that I am moving in the right direction. In that regard, Diana Bass’s book was a source of encouragement and reassurance. In my case, at least, she reached her goal for writing the book.

Still, I know that most in my former constituency will not agree with my assessment of this book. Many of them will regard it as unorthodox, maybe even heretical. That makes me sad, and perhaps it is that knowledge, along with the likelihood that I won’t be successful in changing many of their minds, that has made me hesitant to write about this book, despite the way it spoke to me and met a need deep in my spirit.

As I noted above, there is a pervasive sense of optimism throughout this book, even though parts of it recall many of the ways some Christians have served as impediments to a genuine knowledge of God that can, if properly perceived and experienced, build bridges and enhance the ideal of unity amid diversity and unconditional love for all people as the children of God. I want to share that optimism, and most days I do. But once in a while there are days, and I guess I’ve had several of them recently, when I despair that the revolution of which Diana Bass writes, a spiritual revolution that I honestly believe is inevitable, will not emerge in its fullness in my lifetime. It is hard to admit that, and again, that may be a reason it was so hard to start this review.

Nonetheless, I finally shook off the doldrums in order to engage in the writer’s discipline called BIC-HOK: butt in chair, hands on keyboard. I have not done this book justice with this “review.” I hope I have at least whetted the appetite of a few of you to see what she has to say about God, the world around us, and the interface and interconnection between those realities. I’ll give Diana Bass the last word here.

The good news is that God is closer than ever before, and many people are making new connections with the spirit of love and life to heal the broken places of the world. The spiritual revolution does not destroy the church—unless, of course, the church ignores it, denies it, dismisses it, or pushes it away.

The spiritual revolution, finding God in the world, is an invitation to new birth, most especially for religion. …And that new birth is happening. You can hear it as the earth groans for salvation, as poets and philosophers tell its stories, as scientists search the soil and the cosmos for life, as the oppressed, poor, and marginalized push for dignity and economic justice. It is time for the church to wake up. There is nothing worse than sleeping through a revolution.

Note: This is the eleventh in a series of fourteen special posts for Lent 2017. Each post references a different book, mostly recent works that I have found helpful and encouraging for my life pilgrimage, especially in light of major changes in my thinking and beliefs in the past decade or so. To read the introduction to the series that I posted on Ash Wednesday, click here. The posts follow the introduction in sequence and generally appear twice a week through the end of Lent on Saturday, April 15.