I might never have known about Isabel Wilkerson’s book, The Warmth of Other Suns, had it not been recommended by a Facebook friend who, upon reading one of my posts, thought I might appreciate this book. She was right. Thanks, Mary.

The book’s subhead summarizes its subject: The Epic Story of America’s Great 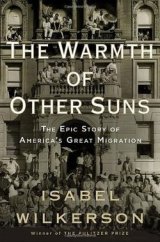 Migration. At least two or three events in US American history have either claimed or been tagged with that designation. The one Wilkerson writes about is probably the least well known and by far the largest. Her book chronicles, after a fashion, the period between 1915 and 1970 when six million African Americans left the Deep South and resettled in the Northeast, the Upper Midwest, and the Far West in search of greater opportunity and freedom from discrimination, injustice, and even physical cruelty.

The title alludes to the dream of those who migrated away from the South and comes from a line in a book called Black Boy: A Record of Childhood and Youth by the African American author, Richard Wright.

I was taking a part of the South to transplant in alien soil, to see if it could grow differently, if it could drink of new and cool rains, bend in strange winds, respond to the warmth of other suns, and, perhaps, to bloom.

Published in 2010, Isabel Wilkerson’s book is the product of fifteen years of research and 1,200 interviews. It is elegantly-written narrative nonfiction, after the fashion of Truman Capote’s In Cold Blood and Erik Larson’s The Devil in the White City. (Wilkerson’s style also reminded me of books by Thomas Cahill such as How the Irish Saved Civilization and Sailing the Wine-Dark Sea.) It is a massive work (around 600 pages including endnotes), so I know that few will be inclined to tackle it. But if you do, you will be rewarded for the effort. Wilkerson writes with the skill and grace of a gifted novelist.

Rather than a broad, general history of the time with a focus mainly on the political and socioeconomic issues, in the style of a history textbook or a documentary film, Wilkerson has chosen to tell the story of three specific individuals and their extended families. Ida Mae Brandon Gladney, a sharecropper’s wife, left Mississippi in 1937 and ended up in Chicago. George Swanson Starling picked citrus in Florida. In 1945, he left for New York City to escape being lynched after he angered the local growers by trying to organize a work stoppage to demand better working conditions. Eventually, he became a porter on the very train he had ridden from Florida to the North. Robert Joseph Pershing Foster, by far the best educated of the three, was a medical doctor who rightly believed his opportunities to develop a career as a surgeon were severely limited in the South. He drove from Louisiana to Los Angeles in 1951 in search of greater opportunity and more freedom.

As a youth growing up in southern West Virginia in the 1950s and ‘60s, I came to believe the Bible taught that, owing to the “curse” on the descendants of Ham, one of Noah’s sons, dark-skinned people were fundamentally inferior to whites. Over the years I came to repudiate that idea, but until recently I did not fully appreciate the long-term negative impact of slavery on our nation and, most specifically and dramatically, on the descendants of African slaves. Regarded as property and forced against their will to work under inhuman conditions on sprawling plantations, slaves, and the institution of slavery, enabled the growth of a labor-intensive, agriculture-based economy in the American South.

Most white Americans choose to believe that life steadily improved for ex-slaves and their descendants over the decades after the end of the Civil War. While it is true that African Americans enjoy far more freedom and opportunities today than they did in days past, it was not a happy and easy progression. Following Reconstruction, after Federal forces left the post-war South and self-government returned to the rebel states, life for African Americans was anything but pleasant, and there is still is no economic and social parity between blacks and whites across the board.

For the most part, in the first 50-75 years after the Civil War, American blacks had little money and few marketable skills apart from general labor. Under slavery, their families had been split up and few could trace their ancestry, so they felt rootless. The object of so-called Jim Crow laws in most Southern states, blacks were regarded as less than fully human by many whites, barred by segregation from quality education, unable to purchase property without money or credit, and discriminated against even when they could scrape together funds to buy a home or invest in a business. And then there were the lynchings. From 1889 until 1929, across the American South, one African American was lynched or burned every four days, 3600 in forty years, for “crimes” such as showing disrespect to a white man or looking at a white woman in the wrong way. 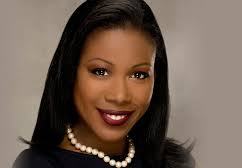 The effects of inexcusable treatment of African Americans by the white majority—250 years of slavery, followed by Jim Crow, segregation, discrimination in education, employment, voting rights, and housing—are still with us. The wounds are only beginning to heal, and until we white Americans are willing to acknowledge the immensely complex consequences of our great national sin, and its continuing impact on our African American brothers and sisters, complete healing will never come about. I made this point in reviewing Ta-Nehisi Coates’ book, Between the World and Me. I make it again here, and I will continue to champion this cause. We must not sweep this sordid chapter of our history under the rug. Too many lives were wrecked by slavery and its aftermath to allow that to happen.

I love narrative nonfiction when it is written by a world-class practitioner of the art, and Isabel Wilkerson has earned that designation with distinction. Before she wrote this book, she had already won a Pulitzer Prize for her journalistic work in Chicago. This is Wilkerson’s first book. It is a noble effort and a worthwhile read. I hope we see much more from her in years to come.

Note: This is the eighth in a series of fourteen special posts for Lent 2017. Each post references a different book, mostly recent works that I have found helpful and encouraging for my life pilgrimage, especially in light of major changes in my thinking and beliefs in the past decade or so. To read the introduction to the series that I posted on Ash Wednesday, click here. The posts follow the introduction in sequence and will generally be published on Tuesday or Wednesday and on Friday or Saturday each week through the end of Lent on Saturday, April 15.