In a way, Hillbilly Elegy could not be a more appropriate place to begin this literary journey through Lent by way of fourteen titles that have recently moved me “a little farther down the path” on my personal pilgrimage as a follower of Christ. (For the significance of that imagery, see yesterday’s post on this blog.)

At every Ash Wednesday service, marking the beginning of the season of Lent, when ashes are “imposed” on the forehead of each worshiper, the officiant intones the words, “Remember that you are dust (or dirt), and to dust (or dirt) you will return.” There were times while I was reading the book that I really felt like dirt.

I don’t want to take anything away from author J.D. Vance’s exceedingly well-written book, which is sub-titled “A Memoir of a Family and Culture in Crisis.” I grew up in southern West Virginia. My paternal grandparents migrated from eastern Kentucky, where J.D. Vance was born. Many of my relatives still live there. Vance and I are products of the same distinct cultural background, although I am a generation older. We are both hillbillies. 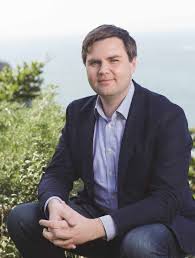 My family was not nearly so dysfunctional as the one Vance grew up in. I lost count of the number of husbands (at least five) his mother had over the years, not to mention a multitude of boyfriends, and I don’t remember which of them was actually J.D.’s father. By contrast, my parents had been married fifty-nine years when my mother died in 2007, a union that produced five offspring—my four younger siblings and I. That major difference notwithstanding, I understood all too clearly what Vance meant when he described hillbilly culture. Some of it I personally experienced, some of it I simply observed. From my perspective, everything he wrote about the mindset at the heart of that culture has the ring of truth about it. It is not overstated or excessively dramatized merely for effect.

Although he was born in the hills of Kentucky, Vance’s family moved about 100 miles away, to southwestern Ohio, while he was still in grade school. He describes the city of Middletown as “an Ohio steel town that has been hemorrhaging jobs and hope for as long as I can remember.” Despite this, both his mother (who earned a nurse’s license along the way) and his stepfather secured well-paying jobs. Even with a combined annual income (in the 1990s) of $100,000, however, they constantly faced economic difficulties because of their inability to manage money or spend it prudently, their alcohol and substance abuse, and their general irresponsibility. This is part of the hillbilly culture, Vance notes, and is an innate obstacle preventing so many folks from that region from rising up the socioeconomic ladder.

Vance is quick to acknowledge his own good fortune in breaking free of the cultural bonds that have kept so many of his contemporaries mired in hopelessness and despair. After high school he enlisted in the Marines, where he learned how to function as a responsible adult. Later, he graduated from The Ohio State University and went on to Yale Law School. All along the way, he received assistance and encouragement from concerned adults, many of whom were part of his fractured, dysfunctional family who wanted to see him enjoy a better life than theirs. At the end of the book he sums up his experience (he is still only in his early thirties) this way.

Thinking about it now, about how close I was to the abyss, gives me chills. I am one lucky S.O.B.

Vance’s book was published in June 2016, near the end of a primary election season that resulted in the nomination, on the Republican side, of the most fantastically unqualified candidate in the history of American presidential politics. Vance does not mention that

candidate’s name (nor shall I), but it is clear to all informed observers that people like J.D. Vance’s family members—and mine, for that matter—were largely responsible for the success of the Republican nominee. That man knew how to appeal to their sense of alienation from the American mainstream and the political elites which it had produced.

The big question raised by Vance’s book, and never fully answered because no completely satisfactory answer is possible, is whether the hillbilly mindset is culturally conditioned, leading to economic hardship, or whether it is the product of generations of “hard times,” brought on by bad political policies, that have robbed these folks of any hope of economic or social advancement.

Vance seems to believe that both are to blame. I think he is probably right. If so, then the solution will need to come from both quarters. Again, he puts it like this.

I believe we hillbillies are the toughest goddamned people on this earth. But are we tough enough to do what needs to be done to help a kid like Brian (whose story Vance has just recounted)? Are we tough enough to build a church that forces kids like me to engage with the world rather than withdraw from it? Are we tough enough to look ourselves in the mirror and admit that our conduct harms our children? Public policy can help, but there is no government that can fix these problems for us.

We don’t need to live like the elites of California, New York, or Washington, D.C. We don’t need to work a hundred hours a week at law firms and investment banks. We don’t need to socialize at cocktail parties. We do need to create a space for the J.D.s and Brians of the world to have a chance. I don’t know what the answer is, precisely, but I know it starts when we stop blaming Obama or Bush or faceless companies and ask ourselves what we can do to make things better.

I wrote at the outset that reading this book sometimes made me feel like dirt. By that I meant that I could readily relate to the hillbilly culture Vance writes about, and I know from my own experience how deadening its effects can be on ambition and drive. I know how it breeds hopelessness, and when you lose hope, what is there left to live for?

I see the vestige of hillbilly culture in my own life. I sometimes feel it pulling me down into the “slough of despond.” I sometimes wonder if it has instilled in me an attitude of defeatism that constantly, if subconsciously, gnaws away at my self-confidence and reinforces the idea that, no matter how hard I try, I am pre-conditioned—emotionally, socially, and in other ways—to fail. It certainly feels that way sometimes.

Hillbilly Elegy is an important book, all too personal and painful for those of us who came from that culture and continue to carry elements of it with us, for good and for ill. In the end, no matter what cards are in the hand we were dealt, our fate is determined by how we play them. That, as J.D. Vance shows in this book, is largely influenced by whether or not we are fortunate enough to be part of a community of people who love us and genuinely desire us to be all we can be.

That caring community can and should be the church, at least to a significant degree. Sadly, that is not the experience of so many of us. But that’s a topic to be unpacked and explored another day.

2 thoughts on “A Little Farther Down the Path: Hillbilly Elegy”