I am a Christian who also happens to be an American. As such, a few observations. 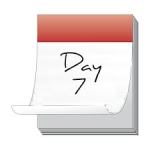 I am not threatened by immigrants. Although my parents were born in the US, I am, like all of us except our Native American brothers and sisters, a descendant of immigrants. Some of us are descended from those forced to immigrate to America against their will. To them we owe a debt we have hardly begun to repay.

I do not fear persecution for my faith at the hands of a godless government. Conservative Christians seem to require a perception of victimhood in order to stay relevant in the current culture. We are not victims. Our religious freedom is not at risk. Any “persecution” we are suffering is self-inflicted, owing to our arrogance and intransigence. We need to repent.

Most of the “nones” in contemporary American culture have not turned away from God but from American Christianity and organized religion. Most of the “dones” are through with church, not Jesus. And most “non-believers” don’t reject Christian faith because they find it untrue but because, based on how they see it applied in everyday life, they find it trivial.

While some lament the demise of the “old-time religion,” I see evidence of growth and maturity in many quarters of the religious community. There is revival afoot, but it will be unlike anything most evangelicals have associated with that word in the past. And I, for one, am excited by the prospect.

The kingdom of God is coming. It is, in fact, among us. Even now, where Christians focus their energy on emulating the character and embodying the spirit of Jesus, it is breaking through. Despair over a decadent culture is still around, but it is in retreat. Hope is growing 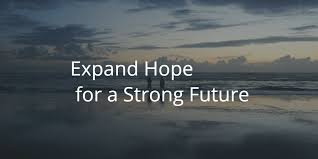 As I have quoted many times, Dr. King was right when he said “the arc of the moral universe is long, but it bends toward justice.” Things are actually getting better, if slowly and incrementally.

It is not time to close up shop and wait for the apocalypse. It is time to unite and work together to cultivate a rich and fertile soil of love and grace and peace out of which the church of the future will grow and flourish. If we do, Christians in the year 2516 will look back on our generation and give thanks to God for our example.