I am not a medical person, so I don’t know if this analogy works, but I’m going to try it anyway. Imagine a disease or condition which comes on slowly with sympt 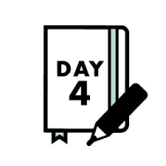 oms easy to overlook. Eventually, however, the symptoms are so gross and the patient’s condition so degraded as to require extreme and/or radical treatment.

The treatment appears successful, and symptoms abate, only to reappear, and sometimes maliciously so. Each recurrence, however, surrenders to treatment and the benefits of overall improving health.

Finally, after one last serious and discouraging but temporary re-emergence of symptoms, the previously debilitating condition with its odious symptoms is perman 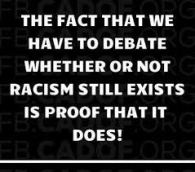 ently overcome through persistent care and rigorous administration of necessary treatment. With regard to that particular malady, at any rate, the patient is restored to health.

Now consider America in the early 21st century. The odious condition of racism and discrimination, initially contracted centuries ago, continues to infect our culture despite administration of radical treatment (the Civil War, the civil rights movement, etc.)

Thankfully, the treatment will ultimately prove effective, but the infection was more serious than originally believed. Although treated, the vile malady makes several more appearances before it is finally eradicated. The 2016 American political season is a manifestation of the disease still in us. We hope and pray this is its final, futile eruption.