A lot of the rhetoric coming from proponents of church planting these days is ill-conceived and theologically inaccurate. For example, nobody is going to die and go out into a godless eternity just because a new church wasn’t planted in a particular neighborhood. Churches should not be planted out of the fear that, if we don’t raise up an institution of this sort, the work of God will not get done and the plan of God will somehow be thwarted.

Furthermore, it is inaccurate to compare the political, social, and religious culture of twenty-first century America to that of Asia Minor and Europe in the first century. The Roman Empire in the first century was characterized by a hodgepodge of belief systems ranging from mythological polytheism to philosophical agnosticism. While monotheistic Judaism existed, it was not an aggressively evangelistic movement. The number of Jews outside of Palestine was small, relative to the population at large, and the influence of Jewish faith and culture was limited.

Into this mix came Christianity with its message of hope and new life, made possible through the life and death and resurrection of Jesus, the carpenter’s son from Nazareth in Galilee, who also claimed to be the Son of God. That liberating message took the empire by storm. It was new. It was fresh. It was different. And its adherents showed indisputable signs of transformation. They genuinely loved one another. The messengers plowed new ground and the seed of the message took root and flourished in the fertile soil.

That is not the environment in twenty-first century America. In first century Europe it might very well be true that your neighbor had never heard of Jesus of Nazareth. In twenty-first century America, virtually everybody has. Not only has everybody heard of Jesus, the institution which purports to represent Him on earth, i.e. the church, has been around for two thousand years. And its history is stained and blemished with stories and episodes and personalities that have defamed the Christian truth claims and brought dishonor to the Lord of the church.

Christians in twenty-first century America are not planting seed in virgin soil. They are trying to reclaim land that has been tainted and spoiled and rendered skeptical, often as a result of intemperate behavior by the church. It’s not like the American settlers who planted their crops in newly-plowed ground, even if it did need to be cleared of trees and undergrowth. It’s more like reclaiming land that was previously used as a dump for toxic waste.

The idea that twenty-first century America is full of people seeking an encounter with a Christian whom they will welcome with open arms as the bearer of news they have long awaited is mistaken, at best, and delusional, at worst. Very often, a contemporary Christian, who wants to introduce his or her neighbors or professional acquaintances or work associates to the “good news” of Christ, will first need to disabuse those persons of the erroneous and distorted ideas about Christianity they have picked up over the years through sad experience with the church and other so-called Christians. 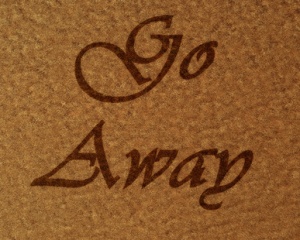 And then there are those we might refer to as “happy pagans,” whose lives are going pretty well, whose perception of religion (including Christianity) is that it’s more trouble than it’s worth, and who simply see no need to add church attendance to their already-jam-packed schedules. For them, the Christian Gospel is not good news. It may actually be bad news, if those people who disrupt military funerals to condemn gays and lesbians and refuse to bake wedding cakes for same-sex couples are any example of Christianity. At best it is probably odd news, and they just don’t need it.

The Greek word translated “church” in English versions of the New Testament was a common word in first century Asia Minor. The Greek characters transliterate to “ekklesia” in English, and the word simply meant “an assembly that has been called together for some purpose.” Before the term was adopted by the New Testament writers and used in a Christian context, it most generally referred to a gathering of townspeople or village residents who assembled for purposes similar to those of public meetings still held in small towns and villages in America even today.

As it is used in the New Testament, the term most often refers to local assemblies of Christian believers in a particular geographic setting, as in “the church of the Thessalonians” or “the church of God which is at Corinth.” It is also used, in a more comprehensive sense, to refer to all Christians, worldwide, across the centuries, as when Paul writes, in Ephesians 1…

The word “ontological” simply means what something is at the heart of its being, in the most fundamental sense of its nature or character. As to the most fundamental aspect of the church, in terms of its essential nature, it is “the body of Christ on earth.” When the worldwide church, or any local church, behaves in a way that is most consistent with its essential nature, it will be an instrument through which God can accomplish His purposes in the world, even as He was able to do that in and through Jesus Christ when he was on the earth in human form. 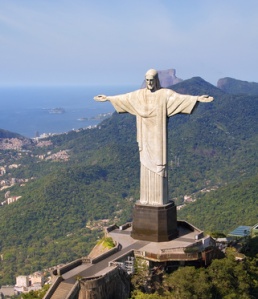 We can also describe the fundamental purpose of the church, both universal and local, in terms of the way it operates in the world. A functional definition of the church would be: “The church exists to serve as an agent, a representative, or an outpost of the Kingdom (or rule) of God on earth.”

The kingdom of God is the realm or sphere in which the authority of God is absolute, and His sovereign purposes control every aspect of life. For a variety of reasons, that does not characterize life on the earth at present. It should, however, describe the nature of life in the church. Among Christian believers, those who make up the “body of Christ,” the kingdom (or rule or reign) of God should reflect the purposes and character of God.

These new churches serve as “communities of the King,” where Christians find encouragement for living as citizens of the Kingdom of God and a context for worship and fellowship. They might also serve a “recruitment” purpose, since some who observe the character of life in the church may be drawn toward those communities because of their promise of hope and meaning and redemption.