American holidays like Memorial Day, Veteran’s Day, and the Fourth of July pose something of a dilemma for me. Like Bruce Springsteen, I was “born in the USA.” I am grateful for the many positive and admirable qualities this country contributes to the family of nations and for

the benefits I have enjoyed as one of its citizens. But not everything about this country is positive and admirable. And I feel that tension most keenly on these distinctly American holidays.

I felt it again last night as I watched the annual Memorial Day Concert on PBS. I hadn’t intended to watch it, but there were a couple of artists whom my daughter, who was visiting, wanted to see, and before you could say Francis Scott Key, I was caught up in the pageantry. I was also really, really “conflicted.”

I’m a pacifist. I have been since I was a student in grad school back in the early ‘80s. I graduated from a Mennonite seminary in 1985 and served as a minister in that communion for more than twenty-five years. Along with the Quakers and a few others, Mennonites are one of the “historic peace churches” and have a long history of opposition to war. My

convictions in this area, however, pre-date my association with the Mennonite Church. The seed, in fact, was planted in my thinking by a wounded Vietnam veteran, about the same age as me, whom I met when I was a fundamentalist pastor in the mid-‘70s.

The older I get, the more convinced I am of my beliefs in this area. I have changed in a great many ways over the past decade, but my commitment to pacifism, or what Mennonites call “biblical nonresistance,” remains firm. I am energized in this conviction by both the teaching and the example of Jesus, of whom I am a devoted if not always consistent disciple. There are some causes for which I am willing to die. There is no cause for which I am willing to kill.

The Memorial Day Concert, set in Washington DC against the backdrop of monuments to military leaders and fallen warriors, is a moving spectacle. Words like devotion and sacrifice always catch my attention, and there is no question that the men and women whose stories were so effectively told last night 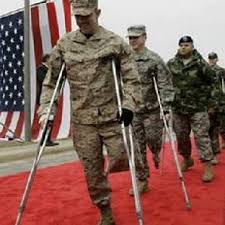 were, and are, people whose bravery and sacrifice cannot be denied. Despite my fervent opposition to war, I felt my eyes well up with tears as the camera flashed shots of wounded veterans, some horribly disfigured, on the screen. My heart aches for them and for their families.

There is much I could write about the futility of war and the biblical principle that those who live by the sword inevitably die by the sword as well. This, however, is neither the time nor the place for that. Truth be told, I’m not sure what I want to accomplish with a post like this.

I think I mainly want to say that I respect those who genuinely believe that military service is a noble calling and that the best way to prevent war is to be fully prepared to fight a war. I

don’t agree with that point of view, of course, and it seems to me that it has not worked. But insofar as there are those, including many Christians, who sincerely hold such convictions, I respect them. As for those who gave their lives or returned from war severely wounded—whether physically or emotionally—my heart goes out to them and their families. I, for one, need to be far more sensitive to the pain and suffering endured—in many cases for the rest of their lives—by those whom we, as a nation, call upon to commit acts of violence on our behalf.

I will not be displaying a flag or playing Stars and Stripes Forever on this Memorial Day. But I will be remembering those who have lost their lives or suffered grievous wounds to their bodies or their psyches—or both—in what they believed to be a noble cause. God helping me, I will never consider myself either morally or ethically or spiritually superior because of my convictions. I will try to be more sensitive to the ongoing needs of wounded veterans and their families. And I will pray ever more fervently for that day when… 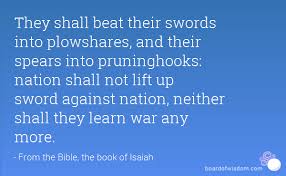