Dear Mr. Lough, thank you for your last note which included the piece you had written on the periodic need for change in our lives. I agree with you that change can be both necessary and difficult at the same time. I think that its difficulty makes it easier, in many cases, to avoid change altogether. That is a helpful insight. Now, here’s my next question. Would it be possible, this early in our conversation, for you to provide me with a list of themes or issues or topics on which your thinking has most substantially changed over the past ten years? I’m not asking for a comprehensive summation; just some examples. Then, perhaps, you could explain how you came to make a change in each of those areas. In any event, I am enjoying this exchange a great deal. Thank you for consenting to do this. I look forward to hearing from you. Cordially, Kathryn

I’m glad you are finding this exchange of Q&A enjoyable. So am I. As for your request that I compile a list of some of the areas in which I have made the greatest change in recent years, I think that could be helpful. It would give us a framework within which to consider more carefully the factors that have influenced me to such a degree that I have been both willing and able to make some substantive changes in my thinking.

Before I do that, however—and you knew this was coming, didn’t you?—I’d like to talk a bit about something that has not changed, at least not at its most basic and fundamental level. I still believe in Jesus. I am today, as I have been for more than fifty years, a Christ-follower. I believe that Jesus of Nazareth really existed, that he lived on earth roughly two thousand years ago, and that the four accounts of his life and teaching, commonly known as the 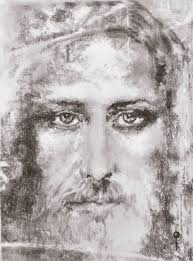 “Gospels” of the Christian New Testament, give us vital insight into the way Jesus was perceived by his followers (his disciples) during his lifetime and in the important formative years of the Christian community following his death.

I believe in God because I believe in Jesus. Oh, it’s very likely I would believe in the existence of some creating and sustaining power in the universe even if Jesus had never been born (although I can’t be certain of that). But believing, as I do, in the human life of Jesus, a person who embodied qualities and characteristics that observers attributed to his unique relationship with God, I have a fuller appreciation of the nature and character of God. That’s as far as I want to take that right now, but I’ll have much more to say on that subject later on.

For now, I’ll wrap up this note by mentioning one other point regarding the way change comes about in our lives. I’m convinced that we will never make changes in what we believe about specific issues until something happens that produces an undeniable and unavoidable 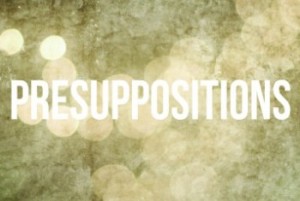 change in our foundational presuppositions.

Presuppositions, as you know, are those underlying (and often unprovable) assumptions upon which our most fervently held beliefs and convictions are based. We never change our outward beliefs until and unless we first experience a change in our basic presuppositions.

For example, the atrocities committed by the Nazis in World War 2 would never have been possible apart from the underlying presupposition that Aryans were fundamentally superior to other races. As much as it pains me to say it, I believe that some remnant of that presupposition shows up in the persistent racism which plagues our own nation even today. We do not regard persons of a different race, particularly people of color, as merely different from us. Too often we (perhaps subconsciously) regard them as less than us. Eradication of racism, and a change in our beliefs and behavior in that area, will always require a shift in our foundational presuppositions related to the essential equality of all human beings.

About ten years ago, I began to sense some undeniable and unavoidable change in my foundational presuppositions. In particular, my presuppositions about God began to change. 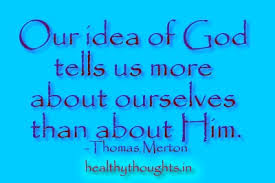 In the words of the title of an excellent book I read recently, I found myself thinking of the power that pervades the universe in terms of “a more Christlike God.”

I came to realize that I had always thought of God as more of a judge than a loving, caring, accepting presence. As my presuppositions about the nature and character of God changed, I began to look at the world through a different lens. What if, I began to ask myself, God is really rather substantially different from the way I had thought about God up to now?

Here’s the way Brian McLaren puts it in his fine book called A Generous Orthodoxy.

The experience of God in Jesus was so powerful that it forever transformed what followers of Jesus meant when they said the word God. …When they thought about what they had learned, seen, and experienced in Jesus, their understanding was revolutionized. Eventually… the church began to describe God as Father-Son-Spirit in Tri-unity or the Trinity. For them, God could no longer be conceived of merely as “God A,” a single, solitary, dominant Power, Mind, or Will, but as “God B,” a unified, eternal, mysterious, relational community/family/society/entity of saving Love.

To which, Kathryn, I can only add: Me too.

In our future correspondence, you will discover that I have changed my thinking about some 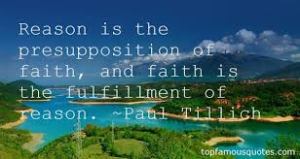 matters with which many of my former students, colleagues in ministry, and other friends and associates now take issue. When that happens, it will be helpful to remember that we may arrive at different beliefs about life and faith because we now differ at a more basic level—the level of presuppositions. More anon.

Here’s what others are saying about my autobiographical novel, The Long Road from Highland Springs: A Faith Odyssey. (Tap the title or the cover image to go to the book’s order page on Amazon.com.)

“In Eric Kouns’ debut novel, a man looks at the progression of his religious faith as he tells 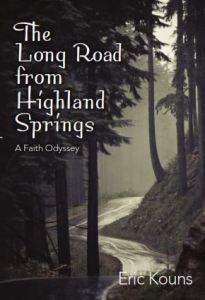 the story of his life. Kouns has created a character called Arthur Lough, whom he identifies as his ‘alter ego,’ as a way to examine his own doubts and struggles. His reflections are consistently compelling. This is a personal novel that presents an engaging examination of doubt, change, and faith.” –Kirkus Reviews

“This is an absorbing memoir… the tender story of a life tormented by disappointment and depression, yet sustained by the unshakable hope for the kingdom of God.”   –From the back cover blurb by David Swartz, Assistant Professor of History at Asbury University and author of Moral Minority: The Evangelical Left in an Age of Conservatism.