The church is unique among human institutions. It is composed of flawed and fallible people, but it serves a divine purpose in a way that nothing else can. The former reality means that it will, over time, suffer the consequences of human fallibility. It will experience imbalance, misdirection, and, sometimes, intentional corruption.

Because it serves a divine purpose, however, we have reason to hope that, when necessary, it can be purged of its excesses and reformed so that it once again serves the purpose of God more faithfully.

Some complain that many, if not most, of the vocal critics of the church these days are young people from the “Millennial” generation (i.e. born between 1980 and 2000), who have not lived long enough to have earned the right to criticize. According to this theory, these young critics of the church are narcissistic idealists who, in an age of rapid technological 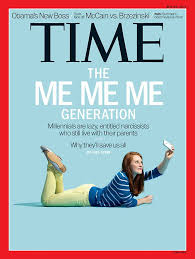 advancement, are accustomed to immediate gratification of their perceived “needs.” When they encounter an institution like the church, so the theory goes, and find that their every whim does not control the church’s agenda, they take to the internet to convey their disappointment and dissatisfaction.

The facts, at least from my perspective, contradict that theory. Most of the young critics I am reading aren’t seeking to create an entity that caters to their every whim. They have read the New Testament, and they have concluded—rightly so, to my way of thinking—that much of what calls itself the church looks very little like Jesus, whose “body,” or visible representation, it is supposed to be.

Unlike those who find the criticism coming from the Millennials burdensome or irksome, I find it refreshing and encouraging. It gives me hope for the church’s future. If, as I think I read somewhere (or maybe I just imagined it, but it’s still true), the critic is the forerunner of the reformer, then we may be on the cusp of another Reformation, and that is exciting.

The church, as I have written many times, is the agent of the kingdom of God on earth. The young critics may not use those words or that particular phraseology, but the concerns they express tell me they understand the concept. As long as I am convinced that the church’s critics—of which I am one, from time to time—speak and write out of love for the entity they are criticizing, I welcome and encourage their contribution.

Instead of responding to their criticism like knee-jerk reactionaries, I suggest we look at their motives, their tone, and their suggestions. If they have a point, as I believe they do, and if their goal is greater faithfulness and deeper community, as I believe it is, then let’s hear them out. I think that most of these young critics don’t want to simply sit on the sidelines and pepper the institution with their disapproval. Most are eagerly looking for ways to be the church, just more sensitively, more transparently, and more self-sacrificingly than the church they have known.

1 thought on “On The Cusp of a New Reformation”