It’s interesting how our immediate personal circumstances make us more sensitive to the situations and conditions of people around us. For example, have you noticed that, when you buy a new (or newer) car, especially if it’s a different model from your previous car, you begin to see the new model on the road far more frequently than you had noticed it before?

When my wife was going through chemotherapy and was wearing a scarf to cover her hairless head whenever we went out, I know I was far more sensitive than I had been previously to physical signs that identified some trauma or testing that people were facing at that moment. The same was true when I lost my job six years ago. I began to wonder how many of the middle-aged men I passed on the street were facing similar circumstances. I still do.

I thought about that as I read yet one more news story about the travails of a certain well-known megachurch pastor in the Pacific northwest and the scores of people who are (or have been until recently) employed by that enterprise. The controversy surrounding the pastor and the character of leadership in the church has resulted in a significant decline in the church’s attendance and weekly offerings.

When something like this happens in the business world, i.e. sales decline and revenue takes a nosedive, the executives in charge seek to allay the concerns of their constituency 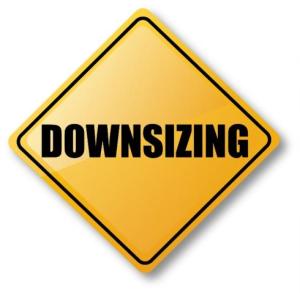 The same thing is happening in the situation confronting the megachurch I referenced above. An August 29 post on the church’s website put it like this: “We have done much this year to prepare for a decline in giving, such as two rounds of staffing reductions and the cancellation of various events and projects, but we now find ourselves in a tougher financial position than we expected. The drop in giving revenue has exceeded what we have been able to cut in expenses. This has required us to now consider further ways we can reduce expenses, such as additional staffing reductions.”

The post went on to say that the church cannot spend money it does not have, leaving the clear impression that cutting expenses by laying off staff is nothing more than the

It may be, if, as an employer, your decision-making is guided by the economic principles of free-market capitalism alone. In that system, the market rules supreme and the bottom line is king.

What if you follow a different guiding principle, however? What if you take seriously the instruction from Jesus to “seek first the kingdom of God and his righteousness”? What if,

in your world, the kingdom rules supreme and the King is king?

There are numerous references in the Bible to the relationship between servants and masters, employees and employers. In general, they direct employees to work hard and employers to pay fairly. I couldn’t find anything that speaks directly to the subject of this post, the question of the employer’s responsibility when circumstances would ordinarily dictate that the only alternative is to lay somebody off, to let an employee go.

And then, by “chance,” I happened on this reference in the Apocrypha, those books between the Old and New Testament, regarded as Holy Scripture by Catholic and Orthodox Christians but not by most Protestants. In the Wisdom of Sirach (also known as Ecclesiasticus), the following statement can be found in chapter 34, verse 22.

To take away a fellow-man’s livelihood is to kill him; to deprive an employee of his wages is to shed blood.

I confess that I do not know the full context surrounding that verse, but it’s an interesting thought in any event, isn’t it? It raised several questions in my mind concerning employer-

employee relationships in the kingdom.

Could it be that, in the kingdom of God, the covenant between employer and employee is more binding, more substantive than similar agreements in the secular culture? When an employer who seeks to be guided by kingdom values engages an employee, particularly when the employee is required to relocate and re-establish himself and his family in a new community in order to take the job, does the employer’s responsibility extend to more than simply a fair wage?

I am all too painfully aware of several situations, over the past few years, where long-term employees, well into their middle-age years and past the prime age for consideration by most employers looking for workers, were dismissed for reasons of “economic necessity.” Others were terminated for other reasons, many without recourse or opportunity for appeal.

The economic and emotional toll on the lives of these employees and their families, when it became clear they could not find equivalent jobs in a stagnant economy and might have to relocate yet again merely to find employment at all, was devastating. As my grandfather was wont to say when confronting a matter reflecting moral injustice, “This ain’t right.” I agree. In the kingdom of God, this ain’t right.

At the very least, except for cases where an employee is guilty of some kind of crime or other malfeasance, employers who are also faithful kingdom citizens will need to regard their contracts with employees as moral documents. When long-term employees who have served faithfully and well need to be let go, employers guided by kingdom-values should not terminate employment until the employee is re-settled in a new job.

We live in an Upside-Down Kingdom

Complicated? No doubt it will be, at times. Easy? Hardly ever. But then, nobody said life in the kingdom would be easy. Only fair and just and reflective of the character of Jesus, the King.