To those of us for whom the church year calendar has meaning, the four weeks leading up to Christmas are known as Advent, and it is a time of spiritual preparation more than festivity. The real celebration begins on Christmas Eve and extends until January 6 (Epiphany). These “twelve days of Christmas” we call Christmastide. I came to this tradition only seven years ago, and the effect of this change in my thinking regarding how Christians approach and celebrate Christmas has been transformative. 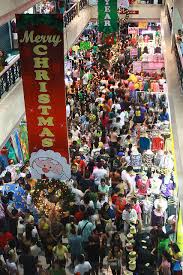 the weeks before Christmas if we are caught up in the hoopla and commercialism which have become the culture of American Christmas. And then, once the big day is past, we are so exhausted from all the pre-Christmas stress and pressure that we simply want to put the holiday behind us and move on to other matters. In my experience, however, the Advent (preparation)-Christmas (celebration) timetable of the liturgical calendar brings balance and reason to our observance of this important season.

So, on this last day of Advent in 2013, I’m now very much in “Christmas-thinking mode,” and I am focused today on the terms which the prophet Isaiah uses to describe the character of the Messiah, whose birth we Christians celebrate, beginning tomorrow.

For to us a child is born, to us a son is given; and the government shall be upon his shoulder, and his name shall be called Wonderful Counselor, Mighty God, Everlasting Father, Prince of Peace. Of the increase of his government and of peace there will be no end, on the throne of David and over his kingdom, to establish it and to uphold it with justice and with righteousness from this time forth and forevermore. The zeal of the LORD of hosts will do this. (Isaiah 9:6-7 ESV)

I believe that Jesus Christ was the person about whom Isaiah wrote those words and that He came into our world to establish the Kingdom (or “rule”) of God on earth. For thirty-three years, the Son of God lived as a human among humans. During that time, He 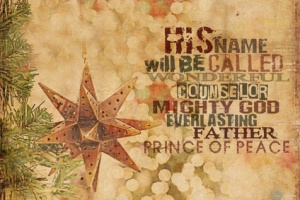 showed us what a life lived under the control of God, and for the glory of God, would look like. The King then gave up His life to crucifixion in order to make atonement and achieve redemption for humans who would put their trust in Him. Upon His resurrection from the dead, the King returned to heaven, after assuring His disciples that He would one day return to earth to rule and reign over the Kingdom of God in all of its fullness. That’s what Isaiah was describing in the passage above.

In the meantime, during this period between the first and second comings of Jesus the King, Christian believers understand that the Kingdom of God exists in a state of “already, but not yet.” That is, the Kingdom has been established, but the King rules from Heaven and directs the lives of Kingdom citizens through and by the power of the Holy Spirit. The Kingdom is as real for Christians as if Jesus were here, in physical presence, exercising His authority from a throne on the earth. All that remains is for the King to return to earth, vanquish His adversary, who still opposes the King and His Kingdom, and bring in the Kingdom in all its majestic power and glory.

Until that day comes, however, Christian believers, the citizens of God’s Kingdom, experience the tension of living according to the values of the Kingdom in a world that does not recognize the authority of the King. It can be a tremendous struggle, particularly when

it comes to bearing witness to the Prince of Peace in a world that is marked by hostility, conflict, and violence.

Truth be told, I’m sick of all the fighting. I am sixty-four years old, and the United States has been involved in some kind of military conflict during almost all of that time. Most of it has been a waste of lives and resources and has caused untold hardship for millions of people, Americans as well as our “enemies.” But as sick as I am of that kind of fighting, I’m even more tired of all the bickering, squabbling, and internal strife among Christians. For a people who are supposed to be followers of the Prince of Peace, we don’t do very well at peacemaking when it comes to resolving the conflict which seems so prevalent among us.

I understand full well that we cannot avoid conflict in a sin-cursed world. I know that there are times when evil must be conquered, or at least held at bay, by force. (That is Paul’s point in Romans 13.) I also know that sometimes the differences between professing Christians are so profound, and represent such diametrically different perceptions of truth, that the only option is to divide and go our separate ways. But these are actions of last resort, a course to be taken only after every other possible resolution has failed. Instead, it seems to me that Christians are ready to fight with each other at the drop of a hat.

My thoughts in this vein are spurred by an insightful editorial, which I had filed away and just came across again while I was looking for something else. It was written by Nicholas Burns two years ago, in the December 23, 2011, edition of the Boston Globe. Titled “Why

isn’t peace on anyone’s platform?,” the article pointed up the failure of any of the candidates running for president at that time, including the incumbent, to make international peace a key element in their agenda for this nation. Burns wrote,

Is the word “peace’’ disappearing from our national conversation? Armies of talking heads, bloggers, and op-ed opinionators assault us daily on every subject . . . but rarely on peace. When was the last time we heard a national leader of either party, especially one running for president, put the goal of peace at the center of a political platform or place it among our highest national aspirations?…

(N)ot even the prospect of a nuclear 9/11 fully explains why peace is so absent in our public discussions. After all, Americans lived through much bloodier times – the Civil War, the two World Wars, Korea, and Vietnam. Earlier American leaders summoned bursts of idealism and self-confidence after harrowing conflicts and declared peace possible even after witnessing the very worst of human nature.

It should not be left up to newspaper editorial writers to challenge us to think about peace. It should be high on the priority list of any Christian leader or preacher. But peace among nations will not be a major concern as long as peace among believers in the Body of Christ is so elusive.

1 thought on “Have We Given Up On Peace? (My Only Christmas Blog Post This Year)”