A few weeks ago, I used a post which I called “Announcing Next Steps” to let you know of some recent developments regarding the vision for planting a new church near The Ohio State University in Columbus. There is a little more to report on that front, so if you’re interested in that news, keep reading.

First of all, response to that post, and the information it contained, has been unusually encouraging. Granted, much of it has come from readers in other parts of the country (and even other parts of the world) who, for obvious reasons, will not be able to participate in the series of meetings which we are planning for the fall and winter. Still, I am grateful that so many readers made the effort to express their support for the vision which I have been trying to communicate for the past couple of years and which will finally take on physical form in September.

We, and by that I mean the three brothers whom God has brought together to serve as something of an unofficial “steering committee” for this effort, have decided to designate

the second Saturday of each month, beginning in September and running through February, as the days for each of the six meetings. Specifically, those dates are September 14, October 12, November 9, December 14, January 11, and February 8.

The precise time of day for the meetings has not been determined, but I expect it will be late afternoon or early evening. Ideally, our service will not preclude other activities in which participants may want to be involved on a Saturday night. Also, a location for the meetings has not yet been nailed down. There is some possibility that more than one venue might be selected, and the setting of the services moved from one location to another, either by design or by necessity, over the course of the six weeks.

The format for each meeting will be basically the same. We will begin with a service of worship culminating in Holy Eucharist. That will be followed, for all who care to be involved, by a time of coffee and conversation. Most any pertinent topic will be fair game, especially anything related to the sermon or to some other aspect of the meeting, including our rationale and ultimate goals.

Remember, these meetings will not constitute the official launch of a new church. Your attendance will not commit you to any endeavor like that. The primary purpose for these meetings will be to explore the viability of a vision—a vision for linking together two particular emphases, liturgical form and radical discipleship, in the service of the Kingdom of God.

A new church may very well be the ultimate fruit of this effort. If so, we will praise God, since all of us involved in the conversation at this moment yearn to see that come about. We are hopeful, however, that many who have no interest in a venture like that, and no intention to be involved in it if it does materialize, but who share our desire to explore the marriage of liturgical forms and radical discipleship, will join us for one or more of the meetings, simply as an expression of solidarity and encouragement. (Simple curiosity is also a valid reason for attending. 🙂 )

Since my previous post announcing next steps, I have given more thought to the shape and character of the church which might emerge from this series of meetings. I would summarize my personal vision for such a church using three terms, each beginning with the letter “f.”

First of all, “function.” That is, the church I hope to be part of will recognize that its function, its reason for existence, has already been determined by God, and th 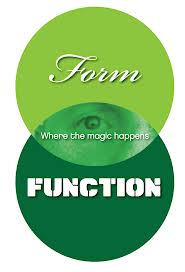 Kingdom do not unswervingly reflect the platform of any particular political party. That will result in a perspective on life and culture that is uniquely biblical and consistently Christian—reflecting the teaching and example of Jesus—but not necessarily comfortable and risk-free.

Secondly, “form.” Every church chooses the elements and emphases which give shape and form to its public services. The church of which I hope to be a part will recognize the heritage of two thousand years of church history and the benefits derived from the forms and traditions which the church has found meaningful throughout the centuries. Far from being dated and archaic, authentic liturgy reflects a timeless character whose beauty and mystery and symbolism enrich the church’s worship in every era.

When we speak of this new church as being “intentionally liturgical,” we do not mean that it will be wedded to outdated traditions and rituals which have lost their meaning. Rather, we mean that we want to connect with what the Holy Spirit has been doing in every century of the church’s history, and that includes a commitment t

o liturgical forms and patterns and expressions which enable the congregation to enter the presence of God in worship that is marked by reverence and rejoicing, tradition and spontaneity, using forms that are both ancient and contemporary.

Nothing reflects a church’s preferences and commitments more than the style of music it employs in worship. During the six monthly meetings planned for September through February, we will likely do a bit of experimenting in this area. For now, it seems clear that participants will be exposed to, and involved in, music represented by groups such as Page CXVI, the collective known as Indelible Grace Music, and the simple elegance of the musical style associated with the Taizé Community.

Finally, the third “f” stands for “focus.” The focus of the new church, even as that of the preaching and teaching during the six Second Saturday meetings, will be the intentional 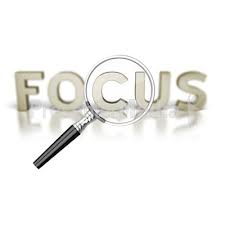 pursuit of conformity to the spirit and instruction and example of Jesus Christ. Some might call this “spiritual formation” while, for others, a better term might be “radical discipleship.” In any case, it is life lived out of a sincere desire to reflect the values and attitudes and behavior that are consistent with the life and ministry of Jesus.

For some, a life of faithfulness entails a devotion to contemplation and the cultivation of inner disciplines. For others, “being “salt and light” in the world requires a more active encounter with the prevailing culture. Whatever the specific avenue undertaken, the end result is the same: a life lived for the honor and glory of God and reflecting the character and compassion of Christ.

Thanks for your interest in the vision energizing our plans for the Second Saturday meetings in the fall and winter. I hope you will be able to attend one or more of them. And I pray that some of you will consider the possibility that God may be leading you to be part of the new faith community which just may be the result of these meetings. In any event,

2 thoughts on “Second Saturdays And The Three “F”s”