I declined Arthur’s offer of another cup of tea. He nodded, then went about the task of tidying up a bit while he waited for the kettle to boil. When it did, he poured hot water into his own cup, dropped in the teabag he had already used once, placed the kettle back on the stove, and returned to his seat at the table. He said nothing as he waited for his tea to 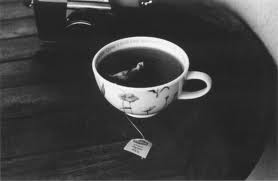 I sat there at Arthur’s table for another thirty minutes or so. At first it was a bit awkward, since neither of us knew exactly what we wanted, or needed, to say after Arthur’s moment of self-revelation. I could tell that his “confession” had left him a bit deflated. I think it must have been the first time he had admitted his dilemma, out loud, to anyone except perhaps his wife.

I finally broke the silence. I reminded Arthur that, even though he was not a regular churchgoer at the moment, he was still a churchman. He had served the church all his life. His burden for the church was real even though the cumulative effect of a lifetime of church involvement had left him discouraged, jaded, and a bit cynical.

I tried to reassure him that his concern for the church—his earnest hope that a “new Reformation” would sweep across the American church, particularly the evangelical community with which he identified—lent credibility to everything he wrote. 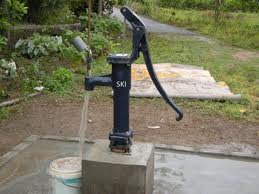 I don’t know if my words triggered a response in Arthur, or if his earlier reflection had “primed the pump,” so to speak. But Arthur began to talk, and when he did, the words gushed out of him in a torrent.

He spoke nonstop for at least fifteen minutes. Some of what he said I had heard before, but much of it was new to me. At the very least, Arthur was framing it differently, adding some details, offering a perspective I had not previously considered and, in the process, enabling me to see and appreciate this complex and sometimes confounding personality as I had never done before.

He began by revisiting the issue he had acknowledged a few minutes earlier—the dilemma, in his mind at least, which he faced by having a prophetic word for the church while he had, at least temporarily, all but abandoned the organized church. He told me that he made the decision to absent himself from church services, except for the rare occasion when he ventured out in order to receive the Eucharist, to avoid being a disruption or a distraction.

“At my time of life, and with a lifetime of experience and conviction behind me,” Arthur said, “I could never simply attend church as a casual observer, content to warm a pew and little more. Sooner or later, most likely sooner, I would do or say something that would be interpreted as a critique of the church or its programs or its leadership. That could result in divisive factions developing, and I don’t want to be divisive.”

He went on to tell me of one situation he encountered some years ago when he lived in the south. He had left the pastorate in order to take a job as the primary staff person for a small organization which emphasized the need for spiritual and theological renewal within his denomination—a communion which seemed to be drifting away from its historical commitment to orthodoxy. His main task was to present the issues, as his organization perceived them, and encourage pastors and church leaders to join with others across the church to pray for renewal and revival.

Since he was no longer a pastor, he needed to find a congregation with which he and his family could identify. That proved no easy task. One day, in fact, he received a phone call from an area pastor who relayed to him a message from several other local ministers to the effect that they hoped he would not choose one of their churches to be his home congregation. Although every one of those pastors was a member of his organization, they were concerned that his presence in any of their churches would complicate their relationship with the denominational leadership.

And that was just the beginning. Story after story came pouring out of this wounded

soldier’s memory. He told me of the time a member of his organization’s board of directors had deliberately crossed to the other side of a large meeting hall in order to avoid encountering him at a denominational gathering. He told me of an occasion, while he was serving as a pastor, when a colleague asked him be the voice of a group of likeminded pastors who wanted to challenge a course of action which was, they felt, being “railroaded” through their local district council by denominational leaders insensitive to their concerns and objections. He agreed to be the group’s spokesman, but when, at the appointed meeting, he called for a show of hands from those who supported his position—the very persons who had asked him to stand up for them—not one of them raised a hand. He was left, so he told me, “twisting in the wind.”

And on and on it went. He told me of the time he had met with a close friend, who also served on the board of a church-related organization for which he worked, and asked the man, point-blank, if it were true that the board had taken an action which directly affected Arthur’s employment. Although the man had been present at the meeting where the decision had been made, and so he knew that what Arthur had heard was true, he repeatedly denied that any such action had been taken.

And there was more. Much more. Uglier stuff, and more painful. Many of the most distressing episodes, and all of those from the most-recent past, Arthur made me promise I would not write about in this blog, at least not yet. I gave him my word.

And so the litany came to an end. I could tell that Arthur was drained from the telling. I was exhausted from just listening.

When I considered, in addition to what I had just heard, that Arthur was in his fifth year of unemployment and that opportunities for ministry, which had once been so abundant he could not accept them all, had now all but disappeared, I clearly understood why the institutional church had lost its allure for him. I was actually surprised that he wasn’t bitter about his circumstances and hostile to the very idea of church.

But he wasn’t. I had read nearly everything he had written in his blog over the past couple of years. I sensed some pain there, some disappointment, some disillusionment. But no animosity. No repudiation.

For all the bruises and painful memories which a lifetime of church-related ministry had produced, it was clear he still believed that the church was and is God’s appointed instrument for the transmission of the gospel of the Kingdom to a skeptical world. It was

also clear that Arthur believes the church must preach that gospel as much by its character and its behavior as with words.

What was less clear was how much strength and determination Arthur could yet muster in order to challenge the church to recognize its own need, and address it, so that it could be more faithful and more effective in its role as the agent of the Kingdom of God.

For the past three months, I have allowed Arthur to speak for me in this blog. I believed he might be able to say some things that I wanted to say, yet in a more succinct, more pointed way than I ever could. It remains to be seen how effective that approach will turn out to be. For now, it seems this might be an appropriate moment to give Arthur some time to rest.

I will continue to meet with Arthur and to benefit from his wisdom. I promise to take extensive notes on those meetings, and if anything emerges that I believe to be of compelling interest to you, I will include it in a blog post. And who knows? Perhaps Arthur will rejoin us at a later time, to challenge us, to entertain us, and to encourage us to greater faithfulness as disciples of Christ.

Until then, goodbye for now, Arthur. Grace and peace be multiplied to you, good friend. Take care.

5 thoughts on “The Arthur Chronicles—End of Book One”