True to his word, Arthur called me on Friday morning, but it wasn’t to reschedule a time for us to meet. Rather, he wanted to tell me that he would be preaching on Sunday at a church where one of his former students serves as pastor. He said he would call me Sunday night to let me know how things went, and he suggested we could arrange a date to meet for coffee at that time.

Sunday came and went, and Arthur did not call. He didn’t call on Monday, either, nor did he answer the email note I sent him on Monday night. I called him around ten on Tuesday morning, and when my call went to his voice mail, I drove over to his apartment to make sure everything was okay.

I rang the doorbell, but there was no response. Since the office where his wife works was not far away, I decided to drive by there and check in with her.

For nearly fifteen years, Ellie Lough has worked as the administrative assistant to the head of a small, church-related, non-profit organization near Columbus. She loves her work, but I have noticed that, since her cancer surgery and the subsequent treatment regimen, she often seems tired, a bit less bubbly and energetic than she used to be.

I know that weighs on Arthur. He would love for Ellie to be able to reduce her hours, with a view to full retirement within a year or so. But for now, hers is the only income for their household, and she needs to work full-time in order to maintain health insurance coverage for the two of them.

Ellie’s office is near the front of their building. She had seen me pull into the parking lot, and she was standing in the foyer, smiling warmly, to welcome me as I entered.

“What a nice surprise,” Ellie said as she greeted me. “Are you here to sign up for our ‘Meals on Wheels’ program?”

“Sure, why not?” I answered, going along with her little joke.

“Okay,” she said, with a twinkle in her eye. “Do you want to deliver or receive?”

We both laughed. “Let me think about that a little more,” I said. “Say, I stopped by your house earlier to see Arthur, but he didn’t answer the door.”

“Sometimes he doesn’t hear the bell when he is up in his study,” she said, “especially 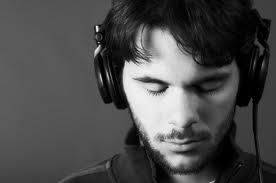 when he’s watching one of his videos. He puts on those headphones, and you really have to pound on the door to rouse him.”

“What kind of videos does he watch?” I asked.

“You’ll need to ask him,” she replied. “He just got some new ones last week, and he has been glued to his chair since then. They’re addictive.”

“Do you think he’d mind if I stopped by on my way home?” I asked.

“Wouldn’t matter if he does,” she said. “He needs to take a break. He’s been feeling a bit down for the past few days, and when he gets like that, he just loses himself in those videos. Talking with you a bit might be just what he needs. Maybe you could get him to take a walk, get some fresh air.”

“I’ll do my best to cheer him up,” I told her, then turned to leave.

“You might want to give him a call before you get there,” she said as I opened the door. “Give him a chance to shave and comb his hair.”

“Will do,” I said, then pulled the door closed behind me. She watched as I got into my car, and I waved to her as I drove away. What a strong woman, I thought, as I reached for my cell phone and pressed Arthur’s speed-dial number. The phone rang four times, then my call was directed to his voice mail. Since their apartment was only about five miles from Ellie’s office, I didn’t try again.

I knew that Arthur had struggled with depression off and on over the years, so when he did not answer the doorbell this time, I pounded on the door, as Ellie had advised, determined to speak with him if at all possible. After a few minutes, I heard the sounds of someone tramping down the stairs. Arthur opened the door.

He was wearing pajamas and a bath robe. But he seemed cheerful, his beard was neatly trimmed, and his hair was combed. He was smiling, as though he was genuinely glad to see me.

“Sorry I didn’t hear the doorbell,” he said. “I was off in my own little world. My daughter bought me a set of Bose headphones, and when I am wearing them, the doorbell is a lost cause. I didn’t even hear you knocking. I think I felt the vibrations through the wall.”

“I’m fine,” he said, beckoning me in and closing the door behind me.

“I was just wondering,” I said. “Ellie seemed to think you were a little down. She said you might be dealing with it by losing yourself in some kind of videos.”

“Is that what she called them?” he asked. “Some kind of videos?”

I nodded, and he began to laugh uproariously. “Well, I’ll only let you see those videos if you promise to keep my dark little secret between the two of us.”

“Wait here,” he said, and while I found a seat on the sofa, he made his way back upstairs. A minute later he returned, with a sheepish grin on his face, holding three poly-boxes used to ship and store DVDs.

“Remember, this is our little secret,” he said, as he handed me two of the boxes.

On the first one, I read the title “The Fall of the Pagans and Origins of Medieval Christianity.” The second was called “The Skeptic’s Guide to the Great Books.” They were two of The Great Courses series from The Teaching Company. I looked at Arthur and smiled broadly.

“This is the one I am most ashamed of,” Arthur said, grinning. He handed me the third box, on which I read the words “The Everyday Guide to Wine.” I laughed out loud.

Arthur had been purchasing courses from The Teaching Company for many years. I remembered seeing a bookcase full of them in his office, including several older ones on videotape, pre-dating the DVD era. The three I held illustrated his eclectic taste and the breadth of his curiosity.

“Now you know how I fight off depression,” he said. “I learn about wine… and other things.”

“But you do admit you’ve been depressed?” I asked him.

“You know it’s my lot,” he said. “But, as Abraham Lincoln said, it’s a misfortune, not a fault.

“I had a couple of gloomy days, yes. But I’m feeling better.”

“In this case, I do,” he answered. “I had a great weekend. One of my former students dropped by on Saturday. Peter Hanley. I read you an email he sent me a few weeks ago. He was on his way home from grad school for spring break. This is about half way for him, so he came by and we had lunch together. Spent about three hours with him. He’s easy to talk to, and the time flew by.

“Then, on Sunday, I preached at a small church where another one of my former students serves as pastor. Several other students worship there, and I had a great time visiting with them. On the way home, Ellie told me she had not seen me so animated and obviously enjoying myself for many months. I’m sure she was right.

“But then, on Monday, I got hit with the Elijah syndrome.”

“You remember the Old Testament story of Elijah on Mount Carmel. When he prayed, God 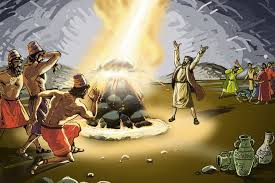 sent fire from the sky to consume the sacrifice and the altar after the prophets of Baal had failed in a similar attempt.

“Shortly after that tremendous event, Elijah fell into a deep depression, even asking God to take his life. It seems we are vulnerable to discouragement just after we have experienced something really positive and uplifting. At least I’ve found that to be true too often.

“I started thinking about how much I missed the classroom and that kind of interaction with students on a regular basis, and I fell into what Ellie calls a ‘blue funk.’ Fortunately, with the help of the Daily Office and these new courses from The Teaching Company, this one was fairly short-lived.”

“I’m glad to know that,” I said. “Does that mean you will be putting out some new blog posts pretty soon?”

I had noticed that Arthur had not published a blog post for nearly two weeks. In the past, that had signaled a downturn in his mood. I now assumed that had been the case this time as well.

“I’m not sure,” he said. “I’m struggling in that area right now. Do you have a few minutes? It might help me to talk about it.”

2 thoughts on “The Arthur Chronicles—No. 16 (Nothing Profound)”