I grew up in a tradition which not only didn’t recognize Lent or Ash Wednesday as legitimate observances for Christians, it actually found them laughable. I remember how

we would snicker and make wise cracks about those few of our classmates who would leave school at noon on Ash Wednesday and return an hour or so later with some sort of black smudge on their foreheads. We didn’t understand it, and so we made fun of it.

I remember hearing a preacher tell the story of a Catholic priest who was accosted by a mugger as the priest was walking home after visiting a parishioner who was ill and confined to her home. He carried a box of chocolates which the parishioner had given him as a token of appreciation for his kindness.

The mugger demanded the priest’s money and valuables, and as he was complying with the demand, his clergy collar, previously hidden, became visible. The mugger, who only now realized that his victim was a clergyman, began to apologize for his behavior, declaring that he would never rob a priest.

The priest instinctively offered his assailant the box of chocolates as a gesture of appreciation for the man’s decision not to rob him. The mugger looked at the gift then said to the priest, “Is that chocolate? Oh no, Father, I can’t eat that. I gave it up for Lent.”

Until about 10 years ago that little story would fairly illustrate my attitude toward observances associated with the church year calendar.  Like many in the evangelical and Free Church tradition, I regarded those practices as empty ritual, devoid of power, vestiges 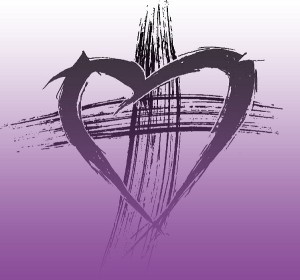 of the influence of paganism on the Medieval church.  I assumed that the well-meaning but benighted souls who still practiced them did so out of some mindless commitment to tradition without spiritual substance.

Needless to say, I have changed my mind.

That tradition also reminded me that, when St. Paul warned the Galatians against observing “days, months, and times, and years,” (Gal. 4:10) he was simply echoing the Prophet Isaiah who gave voice to the words of God when he wrote, ” ‘The multitude of your sacrifices, what are they to me?’ says the Lord.  ‘Bring your worthless offerings no longer; their incense is an abomination to me.”  (Isaiah 1:11, 13)

When the tradition in which I grew up cautioned me against meaningless rituals and outward forms without power to bring about inward transformation, it meant well.  Those teachers and preachers, following the example of Reformation leaders like Huldrich Zwingli, genuinely believed that outward rituals and observances, particularly any practice not specifically commanded in scripture, could only dilute a believer’s faith and distract him or her from the most important endeavor in life—to be a disciple of Christ.

In this, I now believe, they were earnest, sincere, and (I say this with respect) wrong.  They failed to distinguish between the outward act and inner attitude that motivates the act. 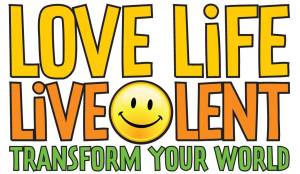 Jesus understood that distinction, and we can see that clearly In Matthew 6, the heart of the Sermon on the Mount, where Jesus laid out clear instructions for all of us who are serious about our desire to live like citizens of the Kingdom of God.

That passage makes it clear that Jesus didn’t condemn ritual and outward practices.  He condemned hypocrisy and pride. Jesus always had time for earnest seekers but not for know-it-all practitioners of religion who were more interested in position and prestige than in humility and holiness.

Jesus always had time for fishermen, tax-collectors, prostitutes, the “outcasts” of society who recognized their need of God and His grace. But His sternest rebuke was directed toward spiritual “phonies” who go through the motions of religion without concern for their inner health and wholeness.

The word translated “hypocrite” in Matthew 6:5 and 16 was the word used for actors in a play who usually wore elaborate costumes and masks and parroted dialogue which somebody else had written. Jesus isn’t demeaning the dramatic arts.  Everybody knows that an actor pretends to be somebody other than himself.  That is altogether appropriate on the stage.

It is not, however, appropriate in the church or in the Kingdom of God. So Jesus cautions His disciples against pretending to be something they are not. He makes it clear that there is a right way and a wrong way to practice our religion, and the difference has to do with inward heart attitudes and motivations.

The Gospels tell us that, immediately after His baptism, Jesus was led by the Spirit of God into the wilderness where He fasted for forty days.  Toward the end of that time the Devil came to Jesus to tempt Him.  At His baptism, God the Father had announced, “This is my 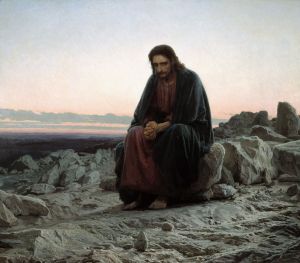 Son, with Whom I am well pleased.”  In the wilderness, physically weak and exhausted from His long fast, Jesus confronted His adversary whose singular goal was to thwart the purpose for which Jesus had come into the world.

That purpose was to make it possible for sinful human beings to experience God’s forgiveness and to live their lives in the presence of God and under the blessing of God, both in this world and the world to come.  To prevent Jesus from accomplishing the purpose of God the Father, all the Devil had to do was to persuade Jesus to ignore the will of the Father and take His situation into His own hands.

But Jesus didn’t take the bait.  His body was weakened by hunger, but His mind was all the more keenly focused on His relationship with the Father, and He was all the more intent upon doing the work for which He had come into the world.  And in that experience He set an example for us to follow in focusing our minds on the purposes of God.

Fasting helped Jesus focus on what really mattered—the will of God and His relationship with His heavenly Father.  It can do the same for us.

Today is Ash Wednesday, the first day of Lent.  Since perhaps as early as the second century, the church has marked this forty-day period, excluding Sundays and corresponding to the length of time Jesus spent in the wilderness, as an opportunity to

prepare ourselves for the glorious celebration of Jesus’ resurrection on Easter Sunday.

At times during the church’s history, Christians have been encouraged to fast—that is, to abstain from eating—to one degree or another throughout the entire forty-day period. Today the custom in the Anglican tradition is to observe only Ash Wednesday and Good Friday as days when we are encouraged to practice an actual fast from food. During the rest of Lent, however, we are encouraged to honor the spirit and purpose of fasting by “giving something up.”  That is, we voluntarily do without something that we have grown attached to in order to allow God, in that experience, to focus our attention on what really matters.

Some people, like the robber in the story with which I began this post, will miss the real purpose for “giving something up for Lent.”  But for those of us with spiritual ears to hear what the Spirit of God is saying to us, the next forty days represent a tremendous opportunity for God to sharpen our spiritual sensitivity and to deepen our sense of dependence on Him.

And could there be any better way to illustrate the appropriate attitude with which to enter into the experience of Lent than to be reminded that God formed us from the dust of the ground?

On this Ash Wednesday, in services throughout the world, Christians will be invited to come forward, have the sign of the cross drawn with ashes on their foreheads, and hear the declaration, “This is what God says… You are dirt, and to dirt you shall return.” 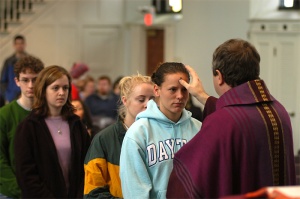 Could any declaration be more dissonant to a world awash in pride and self-satisfaction?  At the same time, could any message be more encouraging and uplifting to those in need of reassurance that they are really worth something to God.

Yes, it’s true, we are but dust.  And when we die, our bodies return to the dust from which we came.  So, on the one hand, no matter what our station in life, no matter the scope of our accomplishments, we are still dust which owes its animation to the creating and sustaining power of God.  On the other hand, from the dust of the ground God made us in His very image, and for us dirt-people, Jesus Christ, the Son of God, became a dirt-person just like us so that we dirt-people could live forever in the presence of God.

I wasn’t born in the liturgical tradition, where Christians are assisted in the supremely important task of following the example and the instruction of Jesus through the beauty of the liturgy and the practical observance of the church year calendar.

I wasn’t born in a tradition where a few ashes on the forehead and a bit of self-denial during Lent could produce such potentially great returns in the form of a deeper relationship with God.

In fact, it took more than fifty years to get here, but I’m delighted that I finally made it. Thanks be to God.