Arthur called on Saturday to tell me we would not be able to meet at our regular time on Monday afternoon. His wife is a breast cancer survivor. She meets with her oncologist for follow-up exams every few months, and Arthur accompanies her. One of those regular

appointments was scheduled for Monday afternoon. Arthur had forgotten about it when we met a week ago.

I thought he might be happy to have a legitimate excuse not to meet with me this week. Some of our recent conversations had taken on an unexpected intensity. That was especially true last week, and Arthur had hinted, at the time, that he might be inclined to take a week off.

I was surprised, then, to detect a note of genuine disappointment in his voice when he called to tell me we would need to reschedule. My reaction was the same. I have thoroughly enjoyed our ninety-minute sessions. I’ve learned a lot, been stretched a bit, and have gained valuable insight into this man whose sometimes gruff and rumpled exterior belies an inner character that is an unusual blend of razor sharp intellect, sensitive discernment, and profound spirituality.

“Are you free for breakfast?” I heard myself ask Arthur. The question erupted with such an absence of forethought, it startled both of us.

“What did you have in mind?” Arthur replied.

“My favorite breakfast place is about half way between your house and your office,” I said. “We could meet there around eight, have our chat over some grits and gravy, and you could still be home in time to take Ellie to her doctor’s appointment.”

Arthur seemed hesitant, and I thought about what I might say to persuade him. Then it occurred to me why he was so tentative in his response. He was thinking about the cost.

Arthur and his wife, Eleanor (everybody calls her Ellie), are among the most frugal people I have ever met. Not stingy, mind you. Just careful.

“We are stewards,” Arthur often said. “Not owners. Everything we have is from God and of God. It would be the height of ingratitude to waste what has been given to us by God.”

Arthur often reminded those who were employed by the church or one of its agencies that the money they received as salary and benefits was given, sometimes sacrificially, by the people of God. He and his colleagues in vocational ministry were obliged, he would tell them, to limit their demands and expectations, to practice prudence and frugality in their expenditures, and to cultivate a lavish generosity in their giving.

Some twenty-five years ago, Arthur was the pastor of a fairly large church in the South. One of the church’s elders told me that, every year, during the process of preparing the congregation’s annual budget, Arthur refused to allow the finance committee to consider the amount of his salary until all other expenses, programs, and ministries were evaluated and funded.

“Every dollar they pay me,” the elder remembered hearing Arthur say, “is a dollar we don’t 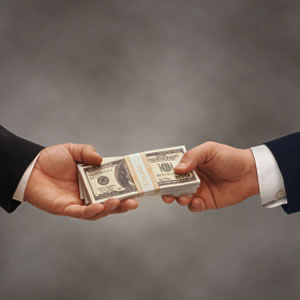 have available for other kinds of Kingdom work.”

“The church doesn’t owe me a comfortable living,” Arthur once told me. “We who are privileged to devote our lives to Christian ministry must not regard ourselves as professionals. We should be committed to excellence in all that we do, but we have been called to a vocation, not a profession.

“If I knew that the church I served as pastor was forced to limit its ministries of outreach and service because of my salary expectations, I couldn’t live with myself, and I certainly wouldn’t want to try to explain that situation to God.”

Arthur’s lifelong thriftiness had recently proven its wisdom and value in a way that nobody could have predicted. His job as a teacher in a small Bible college had been terminated at the end of the 2008 academic year. As far as I know, Arthur had not been gainfully employed since that time.

He and Ellie had spent a lot of money during the year that she underwent cancer treatment. And his two years of preparation for Anglican Holy Orders had required a significant financial outlay for books, tuition, and travel, not to mention the cost of clergy apparel and liturgical vestments. During the same period, his income had been limited to the honoraria from a few speaking engagements (none of his service as a priest was compensated) and some gifts from generous friends.

I was actually surprised when Arthur told me, a few weeks ago, that they were still financially solvent despite a sixty percent drop in the family’s annual income five years ago. Their financial reserves were pretty well exhausted, and they had burned through most of their savings during the past five years of his “involuntary retirement,” but their bills were paid, and I knew for a fact that their credit rating was stellar, higher than mine in fact.

Still, Arthur would have been the first to say that their solvency in the middle of such difficult circumstances would not have been possible if they had routinely spent ten or twelve dollars for breakfast. Four dollars for a cup of coffee was bad enough, but that was manageable once a week or so, especially if it was accompanied by engaging conversation.

While Arthur did the mental calculations to determine if he could justify the expenditure for an overpriced breakfast, even if it was in a nice restaurant, I decided to render his concern moot by insisting on picking up the check.

“It’s on me, Arthur,” I said. “And no amount of argument on your part can persuade me to change my mind.”

“I’ll look forward to it,” I replied, and I truly meant it.

A couple of inches of new snow had fallen during the overnight between Sunday and Monday, but apart from a bit of blowing and drifting here and there, the roads were clear. Even though Arthur lives farther from the restaurant than I do, he had already arrived and was seriously studying the menu by the time I got there. He saw me and waved as I walked in.

I scooted into the seat across from him in a booth along the far wall, and in short order we had dispensed with the pleasantries and placed our orders. Even before we were served, I decided to dive right into some serious conversation because there was a loose end still dangling from our time together two weeks earlier. I wanted to tie it up before we moved on to another subject.

“Do you remember our discussion about leadership from a couple of weeks ago?” I asked.

“Vaguely,” Arthur answered, smiling. He often made comments about how his memory was beginning to fail him in his old age, but at sixty-three he hardly qualified as old, and I had never detected any evidence of declining faculties.

“Just before I left on that occasion, you made a provocative statement that I’d like to pursue a bit further,” I told him. “Do you know what I’m talking about?”

“You said that you could tell a great deal about a church’s understanding of its role as an agent of the Kingdom of God by looking at its annual budget,” I said.

“Yes, I remember saying that,” he said.

“Were you serious about that?” I asked.

“Oh, absolutely,” he answered. “Serious as a heart attack.”

“Certainly,” he answered. “A church’s budget reveals its priorities and points up the things 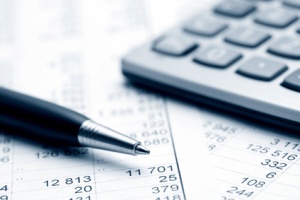 it considers most important. It’s just like Jesus said. Where your treasure is, that’s where your heart will be, as well. And that applies to churches as well as to individuals.

“A church budget is not merely a financial instrument. It’s a moral document. It summarizes, in intensely practical terms, the church’s view of its role and function and mission. I’m uneasy when I see a church devoting far more of its resources to mortgage payments, facilities maintenance, and staff salaries than to outreach ministries and service opportunities.

“I get the sense, in too many evangelical churches, that we are actually tithing to ourselves. Church members may be generous in their giving to the church, but the lion’s share of what they give winds up being spent on themselves, to make their experience of worship more comfortable.”

Arthur paused. He had a remarkably keen sense of timing. He could tell when he was beginning to come on too strongly, and he could rein in his monologue before it became overbearing. He did that now.

“I see what you’re saying,” I said. “It makes a lot of sense. I think St. Francis would agree with you, as well.”

“Ahh, so you read the book I gave you?” Arthur asked.

“And what did you think?”

Before I could answer, the waitress arrived with our food.

“Fair enough,” Arthur said. He bowed his head briefly, then made the sign of the cross.

Yes, I thought. St. Francis and Arthur would get along very well indeed.