It had been raining most of the morning, and I should have taken that into account as I drove into the city for my meeting with Arthur this week. I didn’t, however, and I soon realized that the combination of pouring rain, poor visibility, slick pavement, and

incompetent drivers meant that I was going to be late. At one point, both lanes of traffic came to a standstill, and I took the opportunity to call Arthur on his cell phone to explain my situation and make my apologies.

“No, no,” he replied. “You’re not stuck in traffic; you are traffic.” I could imagine his wry smile on the other end of the call, and it made me smile too.

“You’re right, of course. Still, I should be there within twenty minutes,” I said. And I was.

“This is Dublin weather for sure,” Arthur said, as I sat down across from him, steaming coffee in hand, at our favorite table. I knew he meant Dublin, Ireland, and not the Columbus, Ohio, suburb of the same name, around which both of us had driven on our way into the city.

In 2006, my wife and I had traveled to Ireland, Scotland, and England along with Arthur, his wife, and two dozen of the students from his Bible college class in Spiritual Formation. The trip was mainly a pilgrimage, of sorts, to sites associated with Celtic Christianity (in Ireland, Scotland, and northern England) and C. S. Lewis (in Oxford and Cambridge).

We landed in Dublin on a grey, drizzly Sunday morning, and the rain persisted, off and on, for most of the five days we spent in Ireland. Recalling how we were drenched to the skin as we walked around the remains of St. Kevin’s monastery in Glendalough, just south of Dublin, I wasn’t surprised that Arthur’s thoughts were drawn to Ireland on a rainy Monday in Ohio.

Arthur’s middle name is O’Brien, which was also his mother’s maiden name. Her father’s family came from County Clare in western Ireland and had migrated to the US in the middle of the nineteenth century.

On that trip to Britain and Ireland, I first learned that Arthur had become an aficionado of all things Celtic, specifically the mystical Christian spirituality practiced by St. Columba of Iona, St. Brigid of Kildare, and of course, St. Patrick. I feel certain that Arthur’s personal spiritual pilgrimage would have led him to Celtic Christianity and, eventually, to the liturgical tradition irrespective of his ethnic heritage. But his blood ties to the land of St. Patrick made the journey much more intense and intimate.

The grave of St. Patrick, County Down, Northern Ireland.

I remember standing next to him outside of Down Cathedral in Northern Ireland as he laid his hands on the large, grey stone which purportedly marks the grave of St. Patrick. He had already told me how much he admired the man who brought the Christian Gospel to the Emerald Isle and was God’s instrument for the conversion of an entire pagan culture. On the coach ride back to our hotel in Belfast, Arthur told me that, if he were ever to be involved in planting a church, he would want it to be called St. Patrick’s.

Our pleasant recollections of that pilgrimage were making us both a bit wistful, but Arthur recovered first and broke the silence by asking, “Well now, what deep truth shall we mine today?”

I was prepared for the question, since I had been thinking about a particular subject ever since we had met here a week ago.

“Arthur, remember last week when I asked you where you go to church, and you told me you’re not much of a churchgoer right now?”

“Yes,” he replied, smiling ever so slightly with an expression on his face that suggested he had been wondering when I would come back to that theme.

“Would you care to say a bit more about that?” I asked.

“Oh. Well, okay. Truth is, I’m in detox,” he said, without even pausing to consider his response.

“I beg your pardon.”

“I’m in detox; you know, like an alcoholic or a drug addict.”

“Yes, I know the term,” I said. “I’m just surprised to hear you use it in this context.”

“I’m sure you are. But I’ve thought about it a lot, and I can’t think of a better word to use to describe my current relationship with the church.”

Arthur paused, took a long draw from the bottle of water he had ordered instead of coffee on this occasion, and then sighed.

“I’ve been a church member all my life,” he said. I can’t remember a time when my family didn’t attend church. I even have some vague memories of the inside of a church building where my parents attended services when I was first born. We moved out of that community, and away from that church, when I was four years old.

“When I was a senior in high school, God called me to devote my life to vocational Christian ministry. At least that’s the way I’ve always described the feeling I had at that time. I still remember it distinctly. I didn’t hear an audible voice, but I don’t think the sense that God had spoken directly to me would have been any more profound if I had.”

He paused again and took another drink of water. “Go on,” I urged.

“That was more than forty-five years ago,” he said. “I went to Bible college right after high school. Eventually I would get a liberal arts degree and go to seminary. For more than forty years, I did everything I could—everything I knew to do—in order to be faithful to that call. I’ve been a pastor. I’ve worked in Christian broadcasting. I’ve been an itinerant Bible teacher and an instructor in a Bible college. In all of it, I was first and foremost a churchman. Whatever I did, I did it for Christ and the church.

“Lately, however, and by ‘lately’ I mean the past eight or ten years, my church experience has become more and more unsatisfactory. I can’t shake off the growing perception that contemporary American Christianity bears almost no resemblance to the early church, and even less does it reflect the character of Jesus.”

Arthur paused again and looked directly at me. His face bore a pained expression, as though he were telling me something he would have much preferred to keep secret. Along with the pain, his countenance reflected a questioning gaze. He seemed to be asking me, albeit silently, if I had any idea what he was saying; if I had any similar experience that would help me relate to what he was telling me.

I nodded, just enough to signal that I was following his thought and that he should continue, if he felt inclined. He did.

“I love the church, I really do. But right now it makes me sick. Going to church right now would be counterproductive. I need some time to think about the things I’ve seen and the experiences I’ve been through over the past number of years. I need to regain some perspective.

“I think I’ll be back, but before I return, I need to ask some really hard questions—about 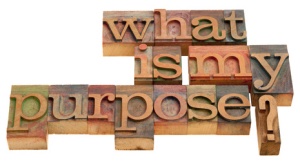 myself, about my faith, about my ideas of what church should be. You see, I think that’s the problem. I don’t think most Christians, not even most pastors, have given a lot of thought to why the church even exists.

“If you were in business to build and sell widgets, how well do you think you would do your job if you didn’t know what a widget looked like or what it was supposed to do? I think that’s where we are in twenty-first century America. There are millions of Christians in tens of thousands of churches, under the leadership of thousands of clergy. All those church leaders seem to be driven by different ideas of what they are supposed to be doing and what kind of institution they are supposed to be serving.

“They even seem confused about whether the church should be regarded as an institution or an organization or something less formal and more dynamic. And instead of being united in a joint effort to advance the cause of Christ and His Kingdom, they seem to be in competition with each other.”

As he spoke, Arthur once again reached behind him to retrieve his worn, leather shoulder bag from the window sill. He set it on his lap, unhooked the two buckles that held it closed, and withdrew a volume he had obviously read more than once. I sensed I was about to experience Arthur the teacher once again. I was right.

2 thoughts on “The Arthur Chronicles—No. 5”