Forty-six years ago, when I was a senior in high school, (I’m 63, in case you were doing the math) God and I entered into a pact, a covenant, if you will.  More accurately, God set some terms, and I agreed to them.  He told me that, if I would use my gifts, talents, and abilities to advance the Gospel of the Kingdom of God and to help Christians “grow in grace and in the knowledge of our Lord and Savior, Jesus Christ,” then He would take care of me.  He didn’t speak to me in an audible voice, but the reality of God’s call on my life would not have been greater nor more certain if He had.

My pilgrimage has been (to borrow the title of a Beatles’ song) a “long and winding road.”  I have been exposed to and influenced by a number of Christian traditions.  Each step of my pilgrimage has required me to jettison some elements which I determined to be inconsistent with authentic faith, but I never abandoned my commitment to orthodox doctrine or salvation through faith in the work of Jesus on the cross.

Along the way, I have come through some periods of time, some circumstances, where I 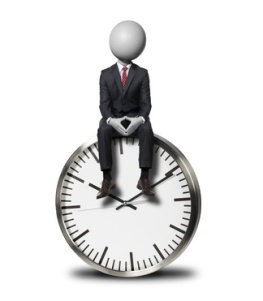 could not clearly see what step I was supposed to take next. At those times, in those circumstances, I had no choice but to wait on God.

I’ve never been good at waiting. I get restless and fidgety. During those times, my prayers have probably sounded a lot like the guy who prayed, “Lord, I need patience, and I need it NOW!”

Until fairly recently, the periods of waiting were measured in days or weeks, and only very rarely, in a few months. I’m in another period of waiting right now, and this one is already nearly five years long… and counting.

Five years ago I was in my fourteenth year of teaching at a small Bible college in the free church tradition. I loved my job, and if the testimony of my former students and colleagues can be believed, I was pretty good at it.

About five years before that, my soul had begun to hunger for something which my pilgrimage up to that point had not provided.  I began to read the early church fathers and to explore the character of Christian worship in the first centuries of church history.  I gained a new awareness of the place of mystery and reverence in worship.  I found meaning in the Daily Office (morning and evening prayers), and in the seasons of the church calendar.  I gained a fresh appreciation for the importance of the Eucharist in the church’s worship, and I began seeking an experience of more holistic spirituality.

Of course, I began to share some of this with my students, in my classes. Eventually, the powers that be determined that my developing convictions in the area of liturgical worship were incompatible with the college’s theological position and potentially confusing to the constituency. So the president made it clear that, unless I let go of my new-found liturgical sensibilities and renewed my active involvement with a Mennonite congregation (instead of the Episcopal church we had begun to relate to), I could no longer teach at that school.

I couldn’t do that in good conscience, and so my contract was not renewed after that academic year.

Remember that covenant that God and I agreed to, the one I told you about a few paragraphs ago? Well, when I lost my job, I pulled it out, dusted it off, and showed it to God. I told Him that I believed I had kept my part of the bargain… now it was time for Him to keep His. And His response to me was one word—wait.

So I’ve been waiting… and waiting…

Now, I haven’t been sitting on my hands. For the first year after I lost my job, our attention was focused on Shirley’s battle with breast cancer. Then, for the next two years, I did what I needed to do—classes, reading, interviews, exams—in order to prepare for Holy Orders in the Anglican Church in North America.

I was ordained a priest in May 2011, with hopes of being involved in a church plant in Columbus, OH, near the campus of The Ohio State University. I spent a year and a half learning how to function as a preacher and pastor in this new tradition that I had adopted. I attended conferences and seminars on church planting. I visited churches that were involved in the kind of ministry to which I believed God had called me.

The church did not develop. Other doors for ministry did not open. I spent thousands of dollars during that period of preparation and searching, but I still haven’t drawn a paycheck in more than four years. God has taken care of us, and so I guess, in a very real way, He has been living up to His part of the bargain. But I’m still waiting for God to do what He has done time after time over

the course of my life. I’m waiting for a clear sign from God that He has brought me to a place of ministry where I can use my gifts in service to Christ and the Kingdom.

I told you I’m not good at waiting. Waiting, very often, is painful. I’ve been waiting so long, in fact, that the pain of waiting is now greater than the pain of losing my job. The situation that produced the need for me to wait is now, itself, less painful than the urge, on some days, to throw in the towel and give up completely.

And then I read Isaiah 40. And I hear the prophet say…

29 (God) gives strength to the weary
and increases the power of the weak.
30 Even youths grow tired and weary,
and young men stumble and fall;
31 but those who hope in (or “wait upon”) the LORD
will renew their strength.
They will soar on wings like eagles;
they will run and not grow weary,
they will walk and not be faint.

I can tell you, it’s been a long time since I felt like I was soaring on wings like eagles.  And I would need the second wind of God’s grace before I could think of my life and ministry as something I do at a run. Just the thought of it actually makes me weary.

But I can still walk. Not very steadily, not very sure-footed at times. And some days over the past five years it has taken every ounce of strength I could muster just to pull myself out of bed and put one foot in front the other, because I couldn’t see any farther ahead than that.

And many times over the past five years, I have sat down and cried while I prayed, “Lord, 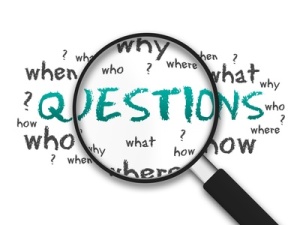 speak to me. Say something. Let me know that You are still there.”

Wait. Just wait. Have I ever let you down?  Oh, I could move according to your timetable; I could give you what you think you need. Then you’d have what you want, but you wouldn’t really know me. You wouldn’t know how I sustain the weak and give hope to the discouraged. You wouldn’t know what it means to keep trusting when you are surrounded by despair and all you can see is darkness.

So what would you prefer—for me to clear all the obstacles out of your way or to give you the spiritual strength to prevail in the midst of them?  Hang on. I know the pain is sometimes unbearable. But I have promised never to put more on you than you can withstand.

And so, when you consider how much better you are getting to know me when you are forced to trust me this way, it really could be said that my most gracious response to your prayer is that one word… wait.

And so, 2013 begins where 2012 ends. The waiting continues. It is not easy. In fact, it is the most difficult thing I have ever done. But apparently God has determined that it is necessary. And so, I wait. In the meantime I repeat, as always…