I’ve not had the best of luck with Facebook status updates lately (as I noted in my blog post of November 9). Still, I ran across a series of updates which I published last May (Yes, I keep a file. Do you think I take Facebook a bit too seriously?), and I felt they were worth repeating. In fact, upon reflection, I decided to use them as the basis for a blog post. They will help me say something I have wanted to say for a while.

When I wrote the status update which I published on May 3, I had no idea it would be the first installment in a short series. I don’t recall what prompted it. I only know that, over the course of a week, I published five status updates, all of which conformed to the same pattern.

That is, in each of them, I reflected on the ways my life had been affected by the qualities and characteristics of the major Christian traditions with which I had identified over the years. Instead of saying more about that series of posts, I’ll simply share them with you again, as they appeared on my Facebook wall from May 3 to May 10, 2012.

On May 3, I wrote: “From Fundamentalism, I learned the importance of standing up for what I believe. From Evangelicalism, the need for biblical orthodoxy. From Anabaptism, the value of radical discipleship and biblical nonresistance. From Anglicanism, the beauty and mystery of liturgy and an appreciation of church history. All together, they have made me more tolerant, more balanced, and, apparently, unemployable.”

On May 8: “From Evangelicalism, I learned the importance of personal piety. From Anabaptism, the need for social responsibility. From Anglicanism, the power of corporate worship.”

On May 9: “From Evangelicalism, I learned the benefits of variety. From Anabaptism, simplicity. From Anglicanism, order.”

This is not a comprehensive survey of the comparative strengths of these traditions. I never sat down and drew up this list with any foresight or planning. In fact, this is the first time I have published these statements as a group. Still, as I look at them again, I’m convinced they illustrate the point I want to make in this post.

That is: I have derived significant benefit from all the traditions with which I have identified over the years. I understand how these traditions have developed and how important it seems, to their adherents and devotees, to maintain the integrity of the tradition. But I’ve come to the place where I don’t want to be forced to pick and choose among traditions, each of which highlights an important dimension of truth and experience. I’m tired of “either/or” Christianity. I want it all.

I know that is not very realistic. I lost a job I loved because there was apparently no way to reconcile my growing attraction to liturgical worship with the distinctives of the Anabaptist community to which I was relating at the time. So I moved on to a liturgical tradition. I was prepared to devote the remainder of my life and ministry to that communion, but I found there was apparently no context in which I could use my gifts and experience to earn a living there unless I could find a way to create such an opportunity out of whole cloth.

So now I am once again forced to retreat a bit, catch my breath, and consider my options.

I want to quit. I really do. I want to walk away from organized religion in all its forms. In purely human terms, I have grounds for divorce—alienation of affection. I devoted my entire adult life to the advancement of the Christian message through the church, and after forty years I have arrived at the corner of Frustration Street and Disillusionment Avenue.

I want to quit. I know that a lot of people have come to the place where I am now and have thrown in the towel on the institutional church. They have either found a home in some unconventional, experimental, or “emerging” expression of Christian community, or they have joined the ranks of those who describe themselves as “spiritual but not religious.”

I want to quit, but I probably won’t. Oh, I will, for a while. I am really burned out on church right now. You know the old saying that the best thing to do when you get thrown from a horse is to get up, dust yourself off, and get right back on the horse? Well, I’ve been thrown so many times that what I really want to do right now is boot the horse in the derierre and watch it gallop off into the sunset.

But I’m pretty sure that I will eventually remount. The church, after all, is God’s idea, not ours. So no matter how much I may be frustrated with the contemporary manifestations of the church as I have found them, I don’t have the luxury of giving up on the idea altogether. So here’s what I think I’m going to do.

If and when I venture back toward a regular and public identification with a community of faith, I will do so with the recognition that it will probably be the final chapter in the saga of my life and ministry, the final leg of the circuitous pilgrimage upon which I embarked many years ago and along which I have been guided by the Spirit of God. And if I ever again feel drawn toward identification with a community of believers in some form of the church, I won’t hesitate to make it clear that I am tired of being forced to choose which emphasis or distinctive is most important and which I am forced to downplay or abandon altogether. No, 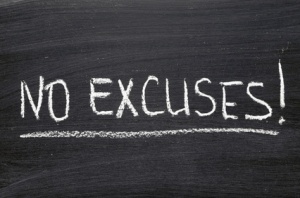 from here on out, I want it all.

This was the vision I tried to articulate for a church which we had hoped to see God plant and develop in Columbus, OH, near the university. It is still my vision for the church, and wherever God wants to bring it to reality, I want to be a part of it. The Kingdom is everything, and I want it all.