For fourteen years I taught a variety of courses as a member of the faculty at a small, Mennonite Bible college. The only course I taught in every one of those years was called Life of Christ. Unlike many of my courses—Apologetics, Systematic Theology, Spiritual Formation, for example—which required some explanation as to what, exactly, they involved, Life of Christ was a course whose name accurately reflected its content. It was a summary of the roughly thirty-three years of earthly existence in human form by Jesus of Nazareth, the narrative for which is contained in the four Gospels of the New Testament.

Each year I would seek to tie the major events of Jesus’ life together in a way that encouraged the students to explore the interrelationship between them and not simply regard them as a collection of disparate experiences to be examined in isolation from each other. For example, I believed it was important for students to recognize the vital relationship between the Baptism of Jesus and the subsequent event in the chronology of His life—His Temptation.

I taught my students that, at Jesus’ baptism, when the voice of God the Father rang out, “You are my beloved Son; in You I am well pleased,” Jesus’ identity as the Messiah was confirmed undeniably. Shortly thereafter, when Jesus faced the temptation

s which were thrust upon Him by the Adversary, the reason for that experience was to establish what kind of Messiah He would be. That is, would He use His divine power to serve His own interests, or would He remain faithful to the purpose for which He had come to earth—i.e. to announce the Kingdom of God and, through His sacrificial death on the cross, to make a way for sinful humans to enter the Kingdom?

Recently, I’ve thought a lot about the relationship between those two events in Jesus’ life. I’ve concluded that it can help me understand and appreciate the course of my own life over the past five or six years. Here’s what I mean.

I lived a relatively uneventful life for more than fifty years. As a senior in high school, I received a call from God to devote my life to vocational Christian ministry. I set out to prepare myself to fulfill that call—first in a Bible college, then at a Christian liberal arts college, and finally in a Mennonite seminary. I served in the pastorate, as a broadcaster, and as the staff executive for a parachurch ministry. In 1994, I joined the faculty of the aforementioned Bible college, where I taught until 2008. Those fourteen years comprised, by far, the most fulfilling and satisfying period of my entire ministry up to this point.

In my classes I was able to share concepts and principles which I had come to believe through decades of life experience, and to examine them and test them—at least intellectually—far more fully than I would ever have had opportunity to do as a pastor. The more my students pushed me to defend the principles I was teaching, the more I enjoyed the classroom dynamic, and the happier I was as a teacher.

In truth, much of what I taught was more theory than practice. That is, my “life experience,” much of which had come through my years as a pastor, was largely my observation of people who were going through times of stress and pain. I can now see that, comparatively, I had actually faced very little pain in my own life. For example, I had preached scores of funerals in my years as a pastor—once, as pastor of a large Mennonite church in Virginia, I preached four funerals in five days—but I had never lost a member of my immediate family.

Then, in early 2005, my mother fell ill. She ultimately died in late 2007, after nearly three years of suffering, complicated by what I now believe was a misdiagnosis of her condition early on. Despite my years of experience as a pastor, I was not prepared for the immense pain—physically for Mom and emotionally for the family—which we would need to endure. In some ways, it continues to this day.

Everybody will face the sorrow of losing family members at some time. My experience is different only in the particulars. My situation was complicated a bit by the fact that, between January 2007 and June 2008, in addition to my mother’s passing, our unmarried daughter gave birth to our grandson, I lost my job, and my wife was diagnosed with breast cancer. I’ve mentioned these things before, and I do so again in this context, not to gain your sympathy, but to lay the foundation for the point of this blog post.

Jesus left the Jordan, where He had been baptized, and was led by the Spirit into the wilderness, where He confronted the temptations from the Adversary, and where 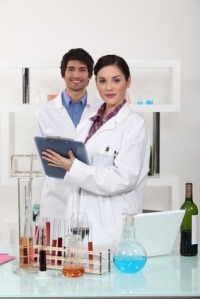 He would undergo a severe testing of His relationship with His Father. My own experience is miniscule by comparison, and I entertain no messianic delusions, but there are some similarities.

My mother died almost forty-one years to the day from the date on which I preached my first sermon, as a high school senior, at Ivydale Baptist Church in October 1966. Over the course of those years, I had made some dramatic pronouncements concerning the expectations God had every right to make of those who professed to follow Jesus as Savior and Lord. From church pulpits and classroom lecterns I had preached and taught the cross-bearing ethic of Jesus and the radical nature of Christian discipleship. In 2007, to a degree I had never experienced before, God said to me, “Let’s see if you really believe what you’ve been preaching all these years.”

And let me tell you, I almost failed the test. In fact, the final grade hasn’t yet been recorded, and some days it is not at all clear to me that I am going to pass.

Students of science, especially, are familiar with courses in which they spend part of their time in the lecture hall and part in the laboratory. They learn theory in the lecture hall, and they test it in the lab. Well, my life has entered its laboratory phase. Almost every day I am forced to confront the intersection of some principle which I taught from the pulpit or lectern with the reality of my experience in the present. Many days, that intersection is the scene of a massive collision from which, so far, I have emerged, although not always unscathed.

You’ve no doubt heard the aphorism: “Those who can, do; those who cannot, teach.” What a load of rubbish, clearly concocted by someone who had never been a teacher, at least never a good one. It used to be that, whenever I would hear somebody quote that saying about the contrast between doing and teaching, I would respond with something like, “Effective teaching IS doing, y

ou moron.” (Those last two words I would say only in my head, mostly.)

I still believe that. Effective teaching really IS doing something significant which makes a vital contribution to our culture. BUT teachers—especially those who aspire to be teachers of Biblical content and spiritual truth—need to keep in mind the caveat issued by St. James in his New Testament letter.

Not many of you should become teachers, my fellow believers, because you know that we who teach will be judged more strictly. (James 3:1, NIV)

At the end of the day, we who believe we are called to the ministry of teaching need to be aware that, in all likelihood, God will reinforce the truth of our words by subjecting us to a test of those truths in our own lives. At least, I’m pretty sure that is what has been happening in my life over the past five years. I should have paid more attention to James.

4 thoughts on “My Life, The Laboratory”